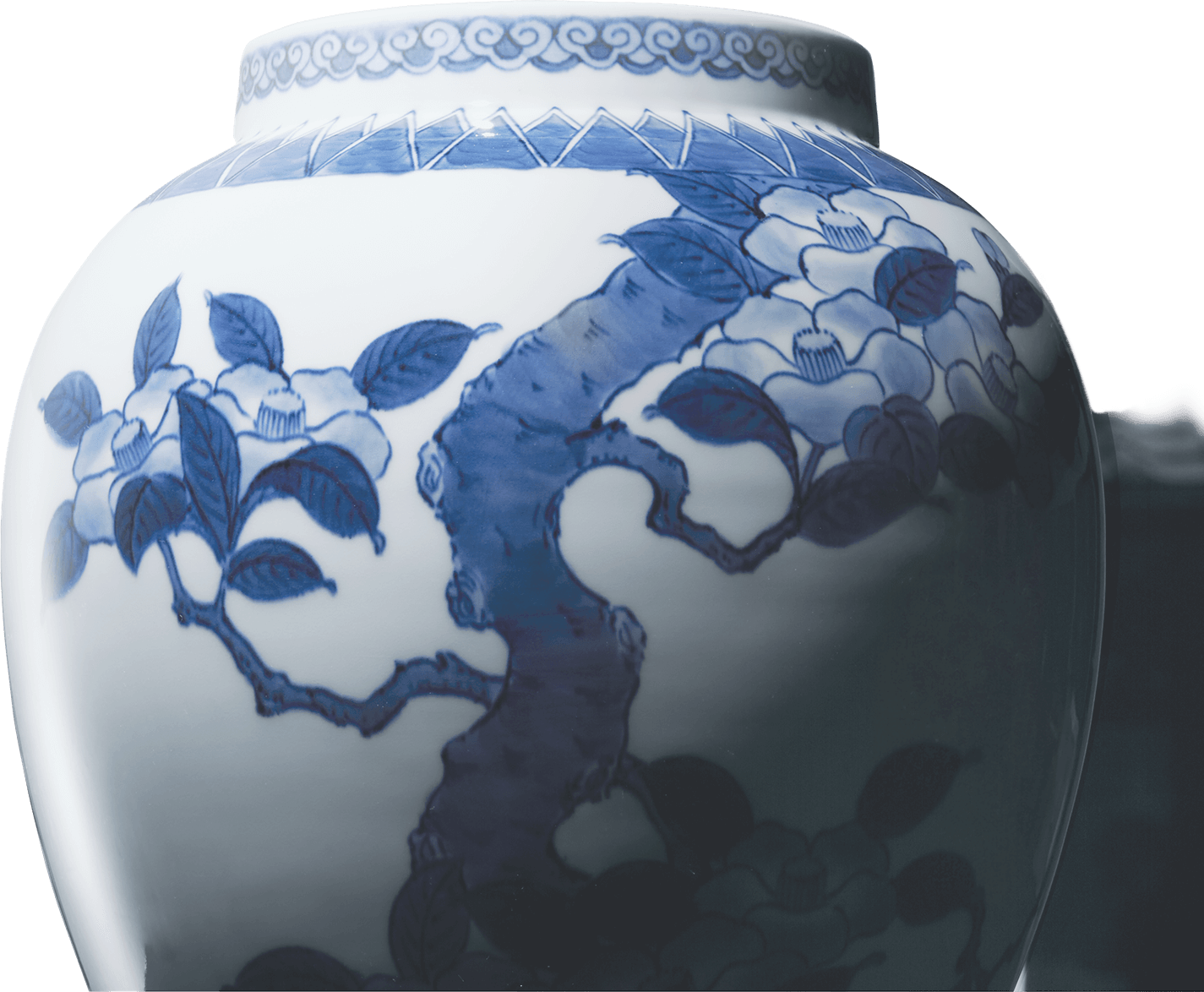 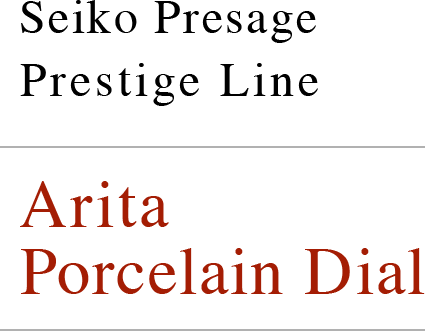 Arita, a small town on Kyushu, the third largest island in the southwest of Japan, came to prominence in the early 17th century when clay suitable for porcelain manufacture was discovered there and its porcelain products soon became highly prized in Japan for the high quality of their artistry.
Within a generation, Arita porcelain, also known as ‘‘Imari ware’’ after the port from which most was shipped, became known overseas and was exported, first to Europe and later across the world when Japan opened its doors to international trade in the 19th century. Today, Arita porcelain is still highly prized worldwide and many porcelain makers still thrive in the town of just 20,000 people, thanks to its long tradition of craftsmanship, to the rich variety of its products and to the uniquely Japanese sensibility that they embody. 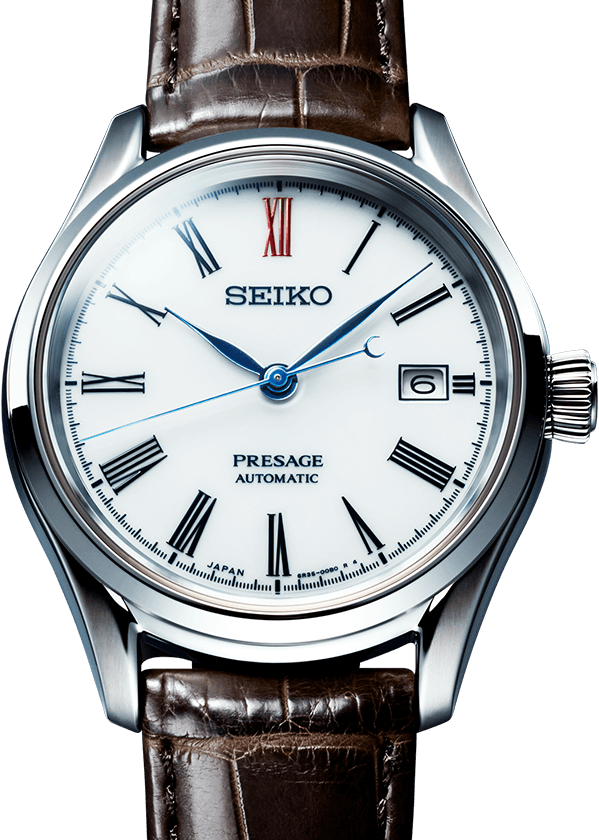 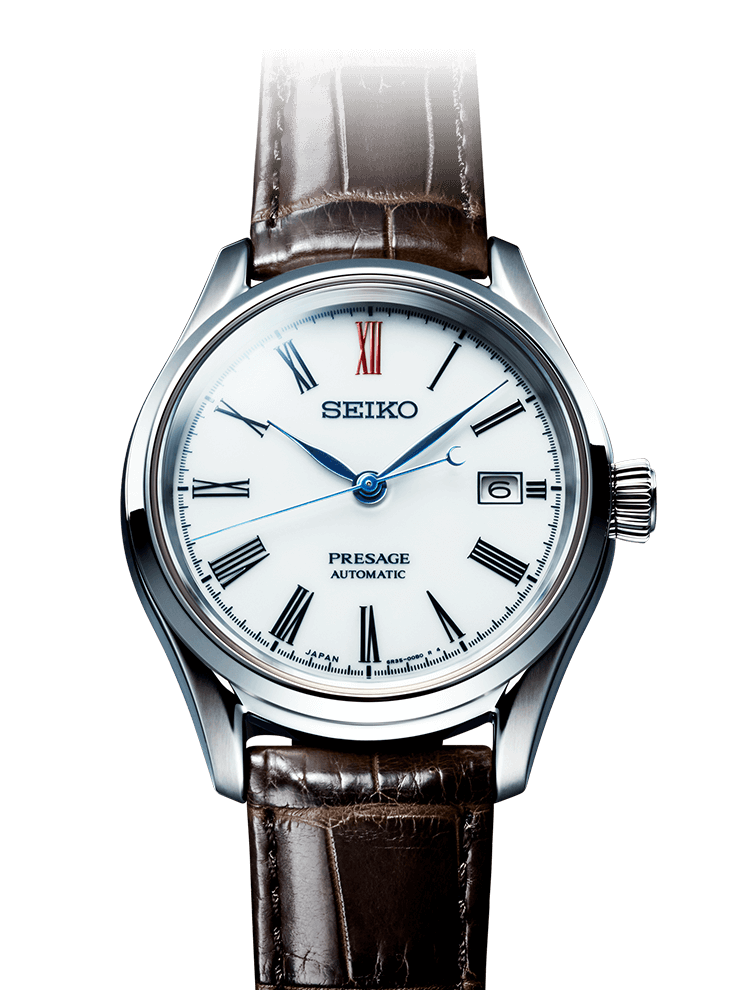 The heritage of Arita porcelain is respected in the color of the dials, white with a trace of blue, which was the color of the earliest Arita porcelain. The dials, which are made in Arita itself, have the rich texture and depth which is the signature of all the finest porcelain.
Arita porcelain was therefore a natural choice for the dials of a Presage collection but the Presage team needed to be 100% confident in its durability and strength. A new type of Arita porcelain material, created just three years ago, provided the solution. This new porcelain is more than four times harder than the usual material and has both the strength and flexibility required for a Presage watch dial. 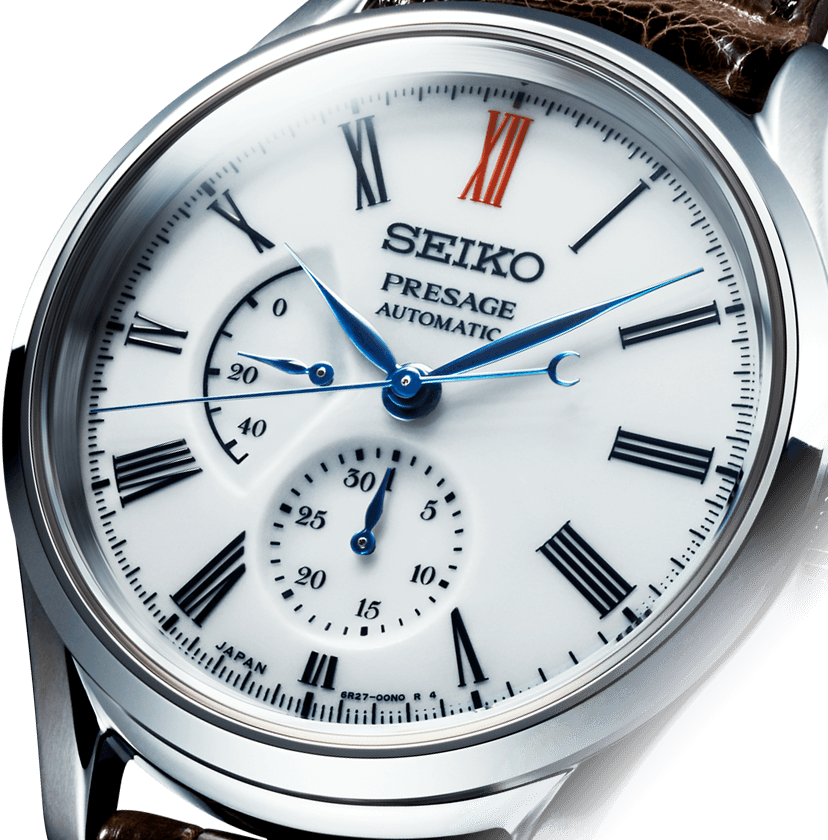 The new Presage porcelain dials are made by an experienced manufacturer in Arita that has been making porcelain since 1830. Hiroyuki Hashiguchi is the master craftsman and he and his colleagues have been developing the dials with the Presage team over the past few years. 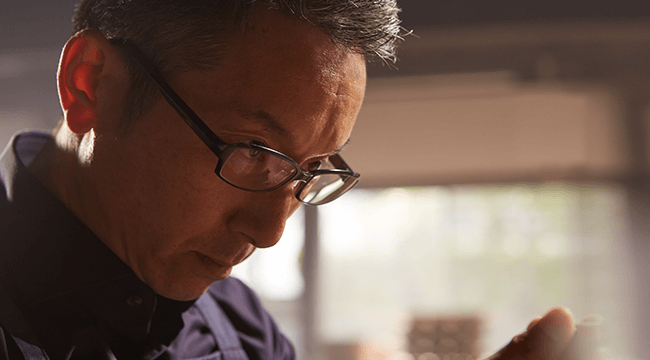 Two interpretations, one with a new extended power reserve caliber.

This Presage series comprises two interpretations of the design, both of which are powered by Seiko’s high performance 6R series calibers. SPB093 offers caliber 6R27, with a power reserve indicator at the nine o’clock position and a date indicator at six o’clock. SPB095 offers a new caliber, 6R35, which delivers a power reserve of 70 hours.
The crystal glass is a dual-curved sapphire, the exhibition case back reveals the fine finishing of the 6R movements and both versions are 10 bar water resistant. Straps are crocodile leather. 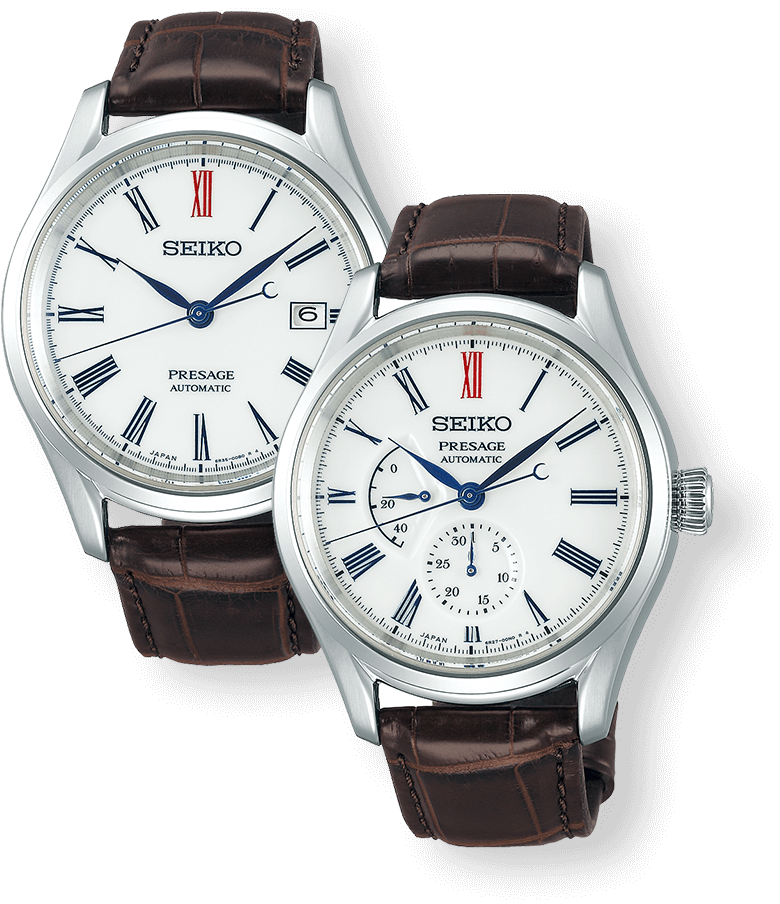 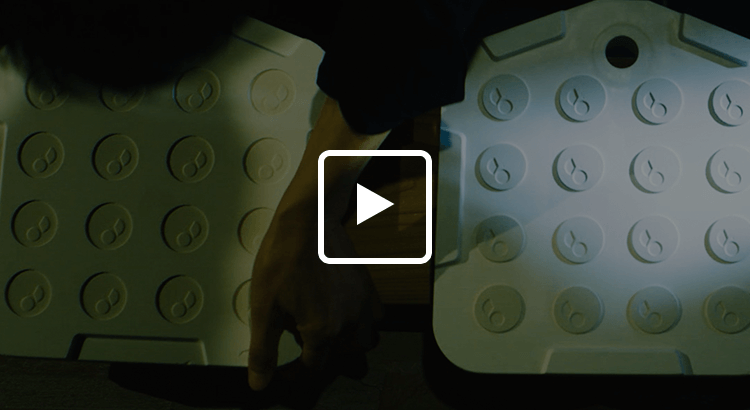