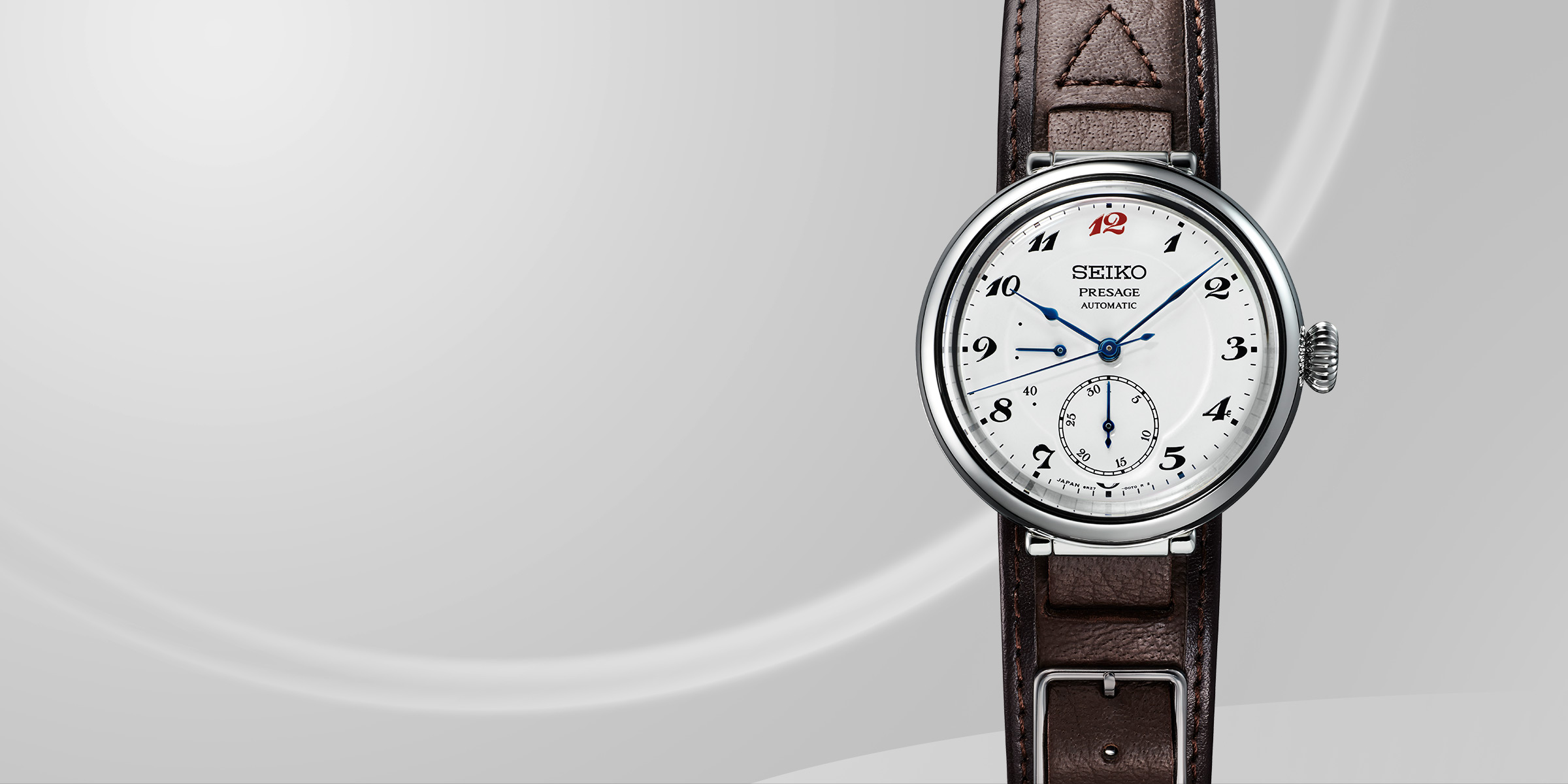 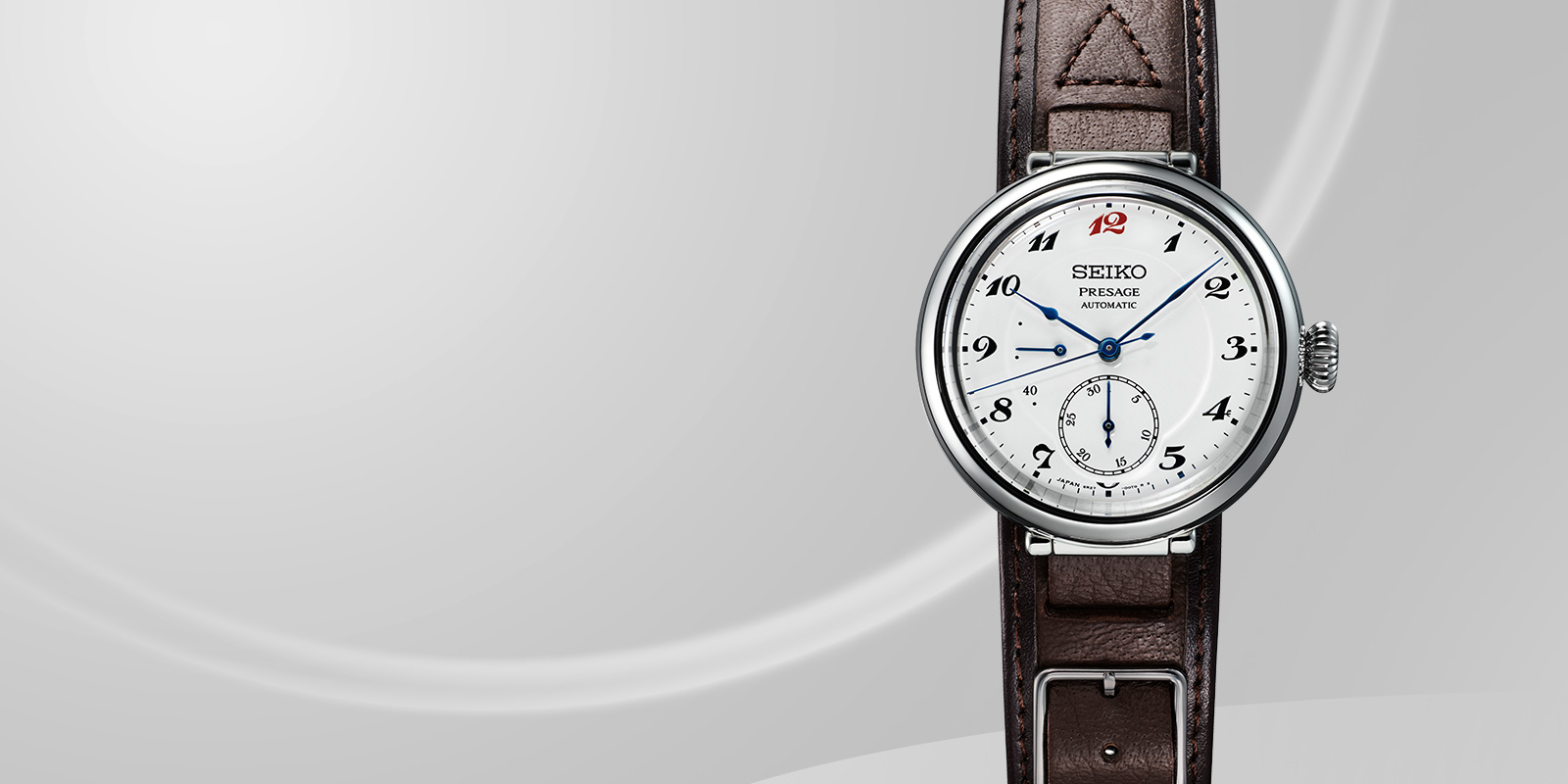 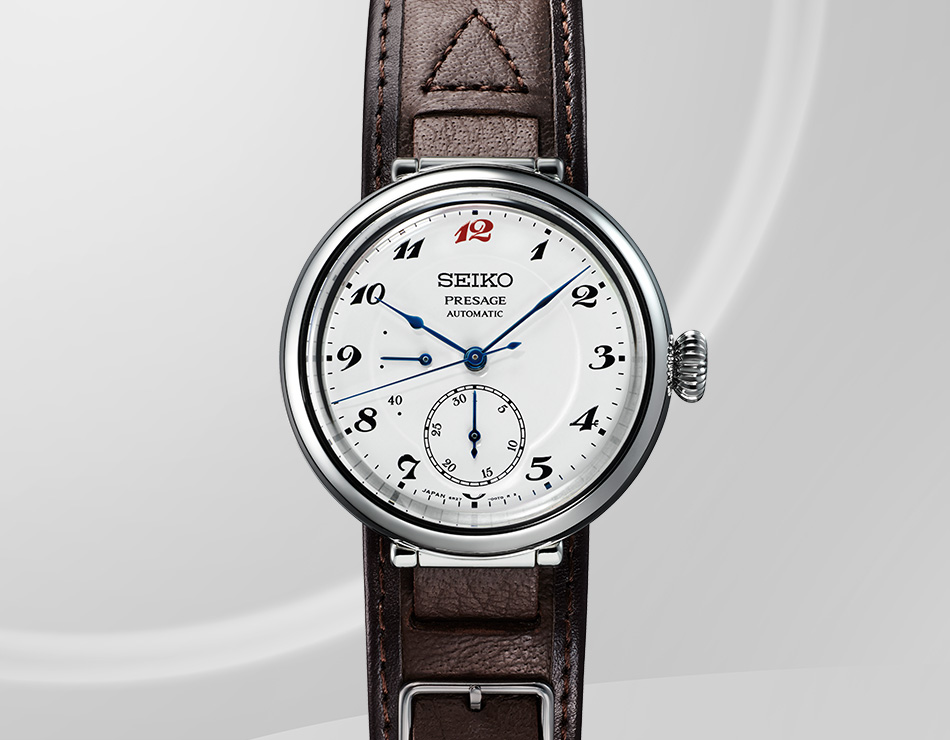 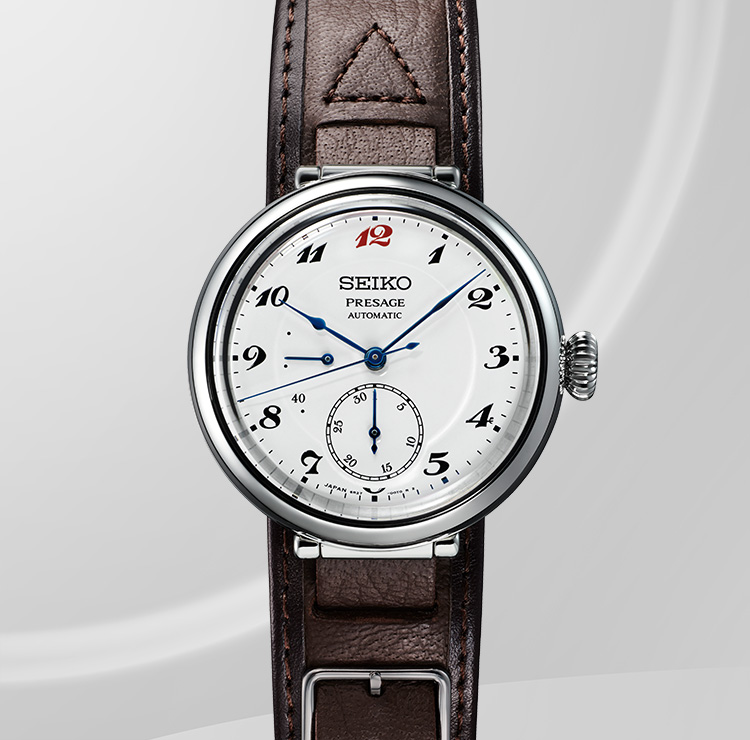 The Laurel, Japan's first wristwatch, was created in 1913 and laid the foundation of the wristwatch manufacturing industry in Japan.
Seiko Presage will introduce a limited-edition model for the 110th anniversary of Seiko wristwatches that pays homage to the Laurel and remains faithful to the original design. 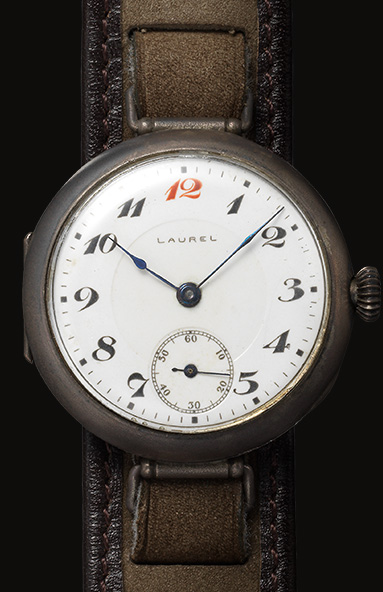 As more and more companies focused on manufacturing table clocks and pocket watches, Kintaro Hattori, who had foreseen the coming of the age of the wristwatch, continued to think further ahead of his competitors by beginning the development of a wristwatch of his own. In 1913, Seikosha began production of the Laurel. After the release of the Laurel, Seikosha made tremendous advances in its development of every wristwatch manufacturing technology, from design to micro-fabrication and machine tool manufacture. In 2014, the Japan Society of Mechanical Engineers designated the Laurel as one of its “Mechanical Engineering Heritages” in recognition of its contribution to the development of mechanical technology. 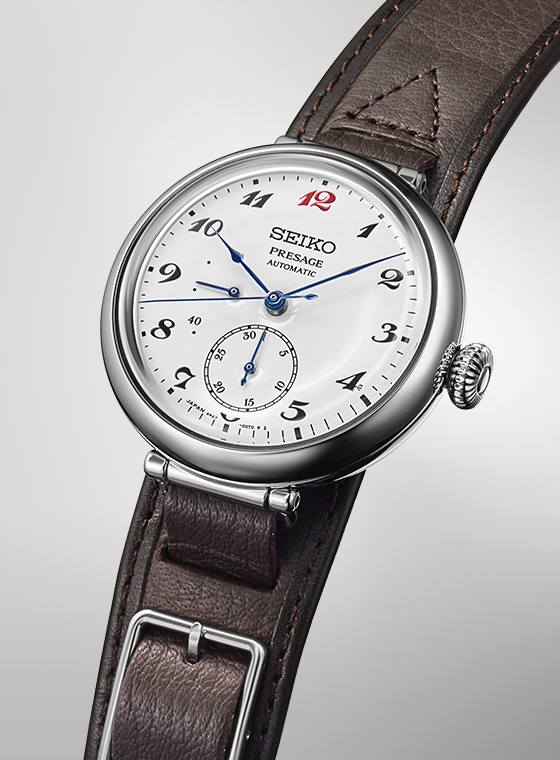 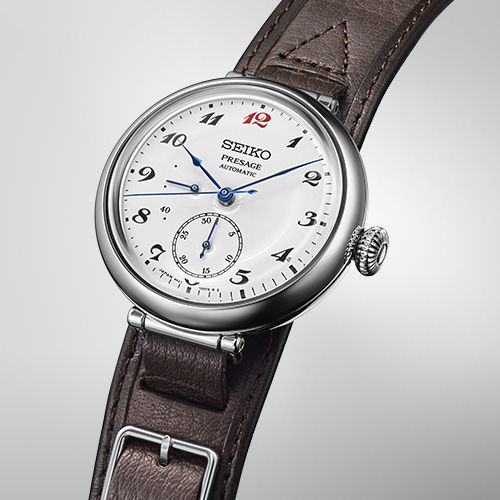 The new watch revives the form and design of the Laurel in every detail. The round case is carefully constructed to retain the elegance of the original while housing a modern automatic movement.
The large onion crown is also faithfully re-created, in keeping with the nostalgic feel of this special timepiece. 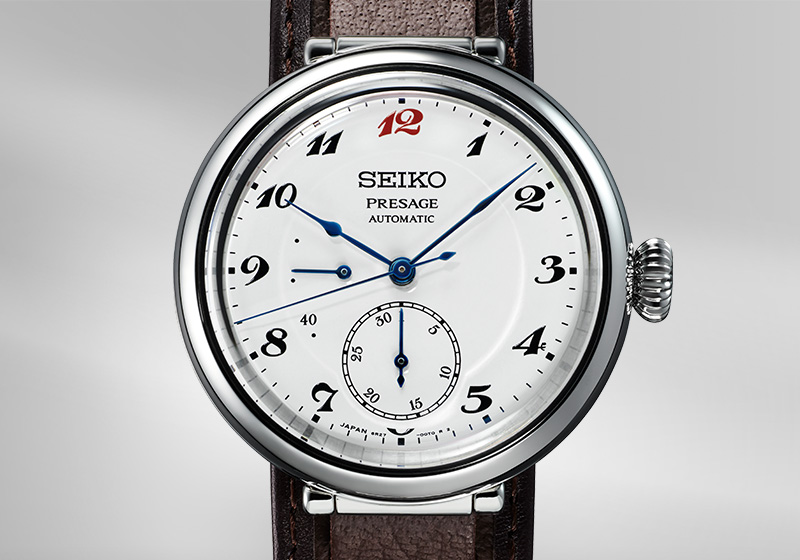 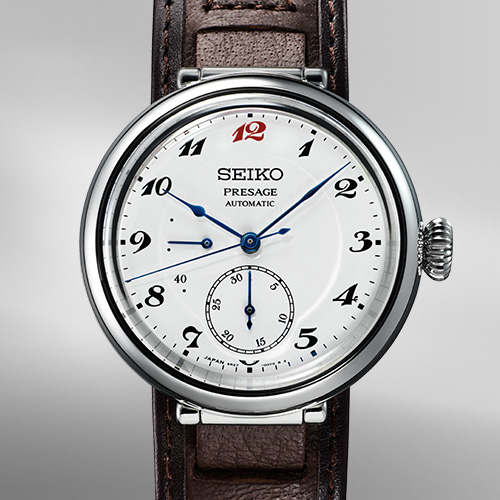 Just as with the 1913 original, the new creation features a pristine enamel dial and retro-styled blued hands. The dial’s depth and beauty, as well as its lauded stabile appearance over time, are made possible thanks to master craftsman Mitsuru Yokosawa and his colleagues at a workshop specializing in enamel production. The same characteristic Arabic numerals mark the hours, including the distinctive design of the number four. 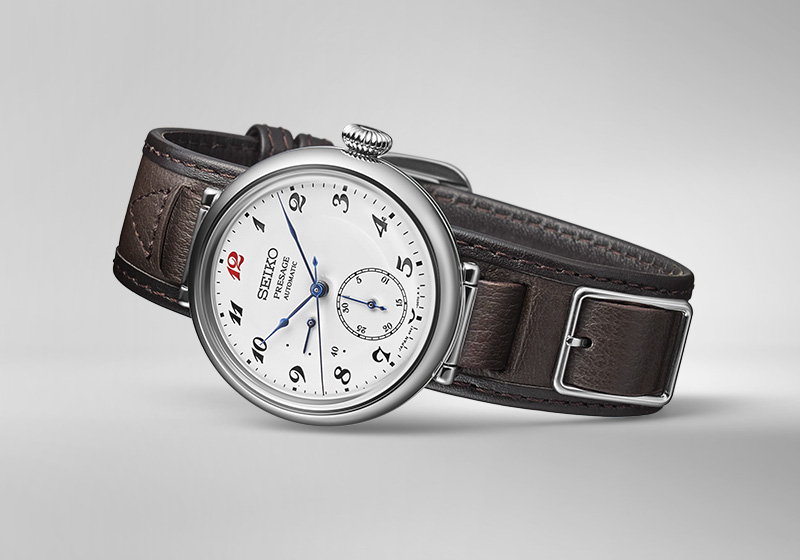 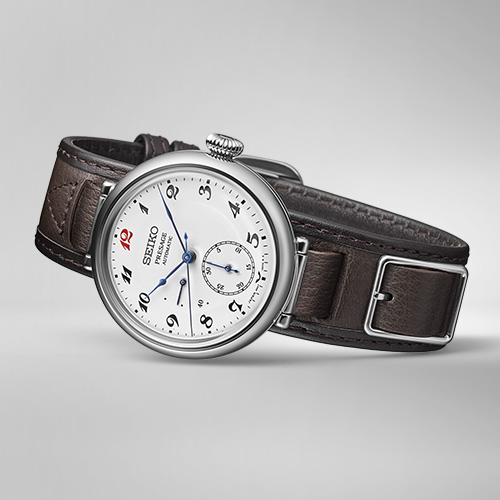 The new creation runs on Seiko’s high-performance Caliber 6R27, which has a power-reserve indicator at the nine o’clock position and a date indicator at six o’clock. 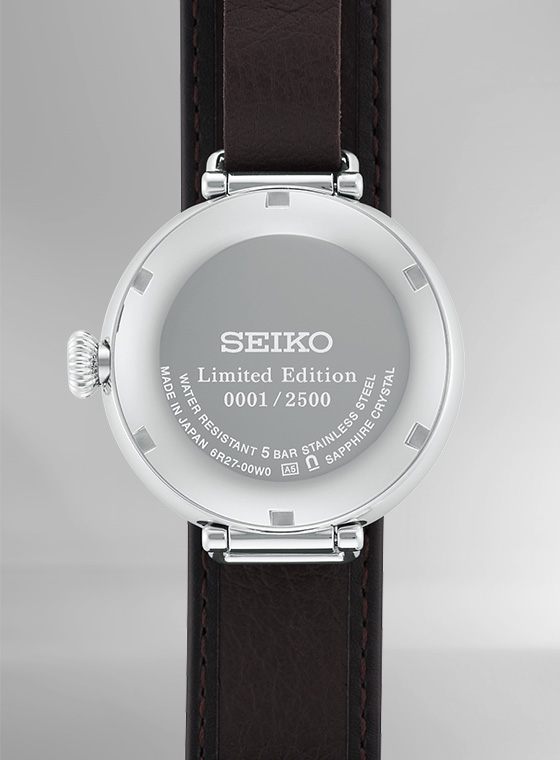 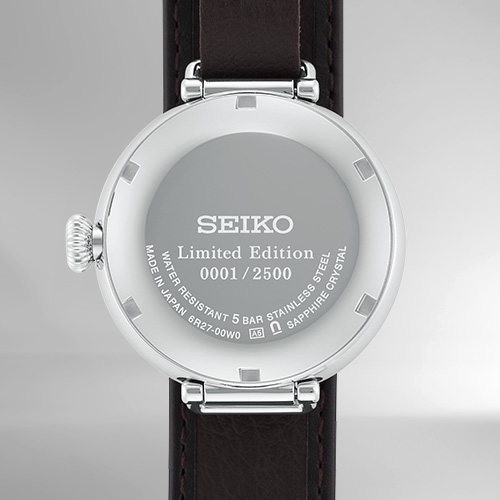 The watch’s case back is marked with the words “Limited Edition” and the individual number.

*Item may differ in appearance from the image shown.