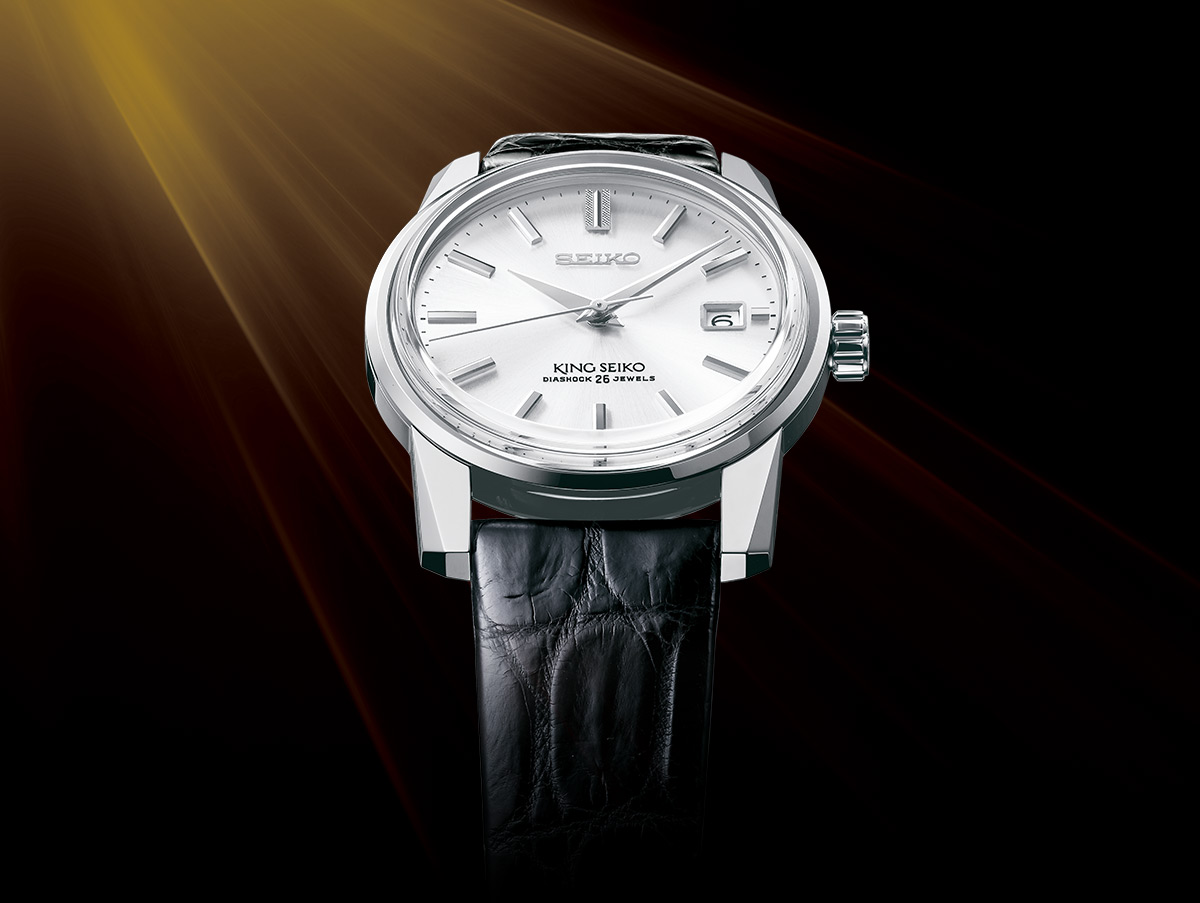 2021 marks the 140th anniversary of Seiko's foundation and a re-creation of the second series of King Seiko,
known as the King Seiko KSK, will be released in celebration of this landmark.

From the first Grand Seiko in 1960 to the automatic chronograph in 1969, the sixties was a decade of important advances in both technical and design development that laid the foundation for the company's future success in the prestige watch arena. Alongside Grand Seiko, one other series in particular demonstrated the company's ability to create mechanical watches with high accuracy. It was called King Seiko and, in addition to its precision, it offered a powerful yet graceful design that symbolized the high quality of its construction. 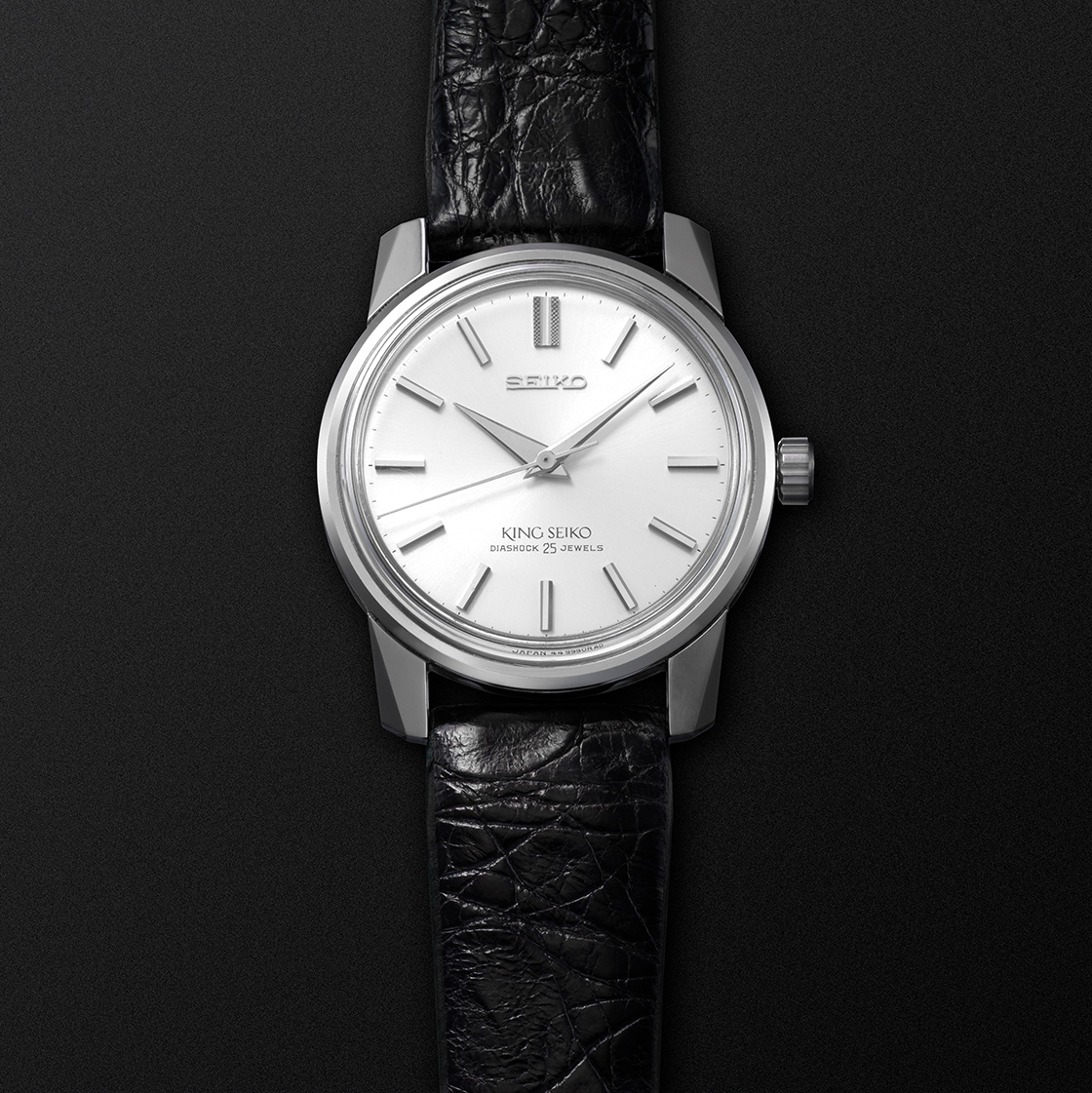 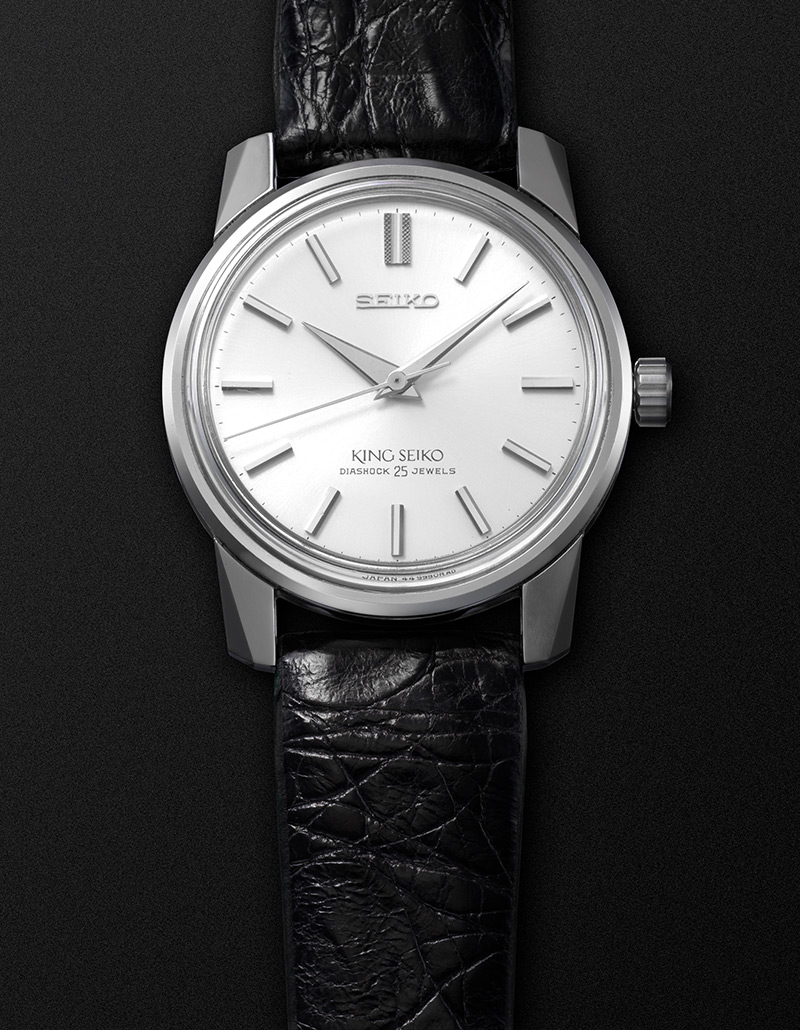 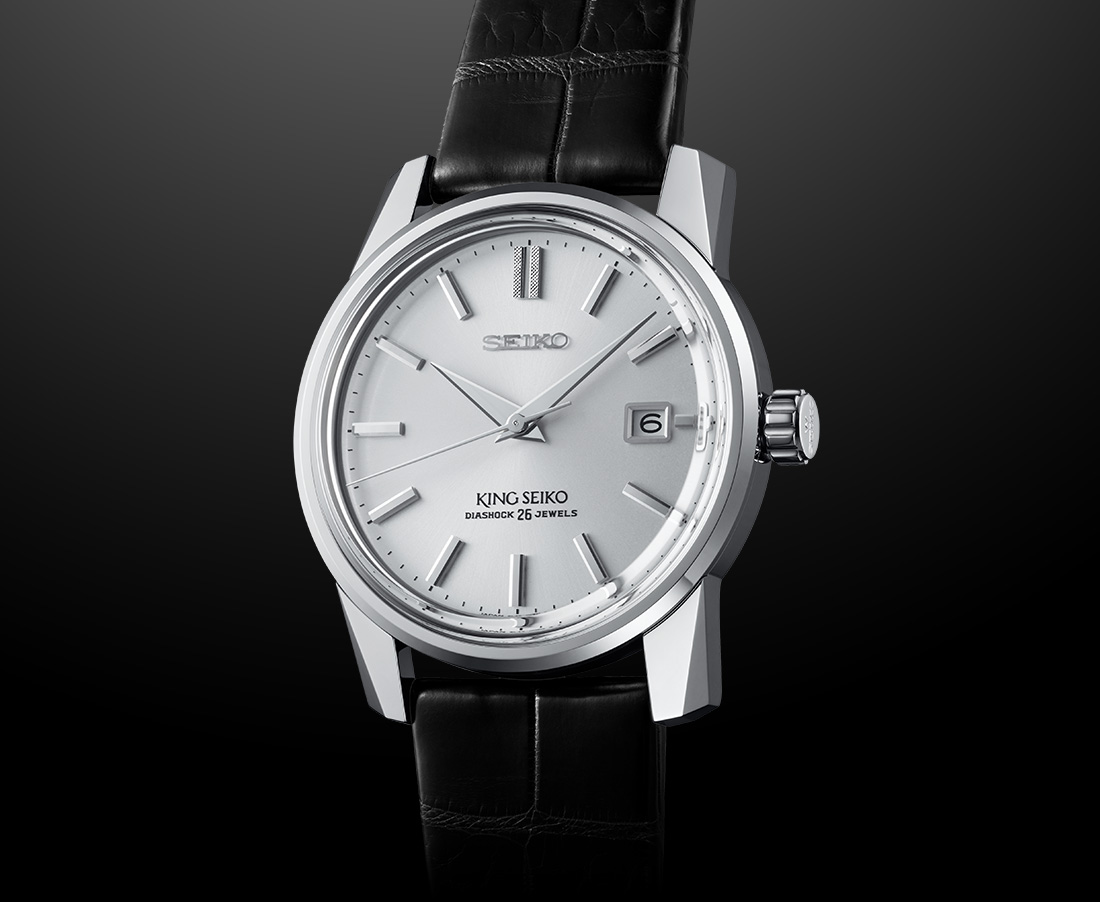 In contrast to the gentle rounded contours of the first King Seiko creation, the KSK case was strikingly sharp and angular and had a contemporary feel. Its flat surfaces and multi-faceted corners caught the light from any angle and gave the watch a new and striking brilliance. The case's durability is also enhanced by the super-hard coating which protects the watch from scratches. 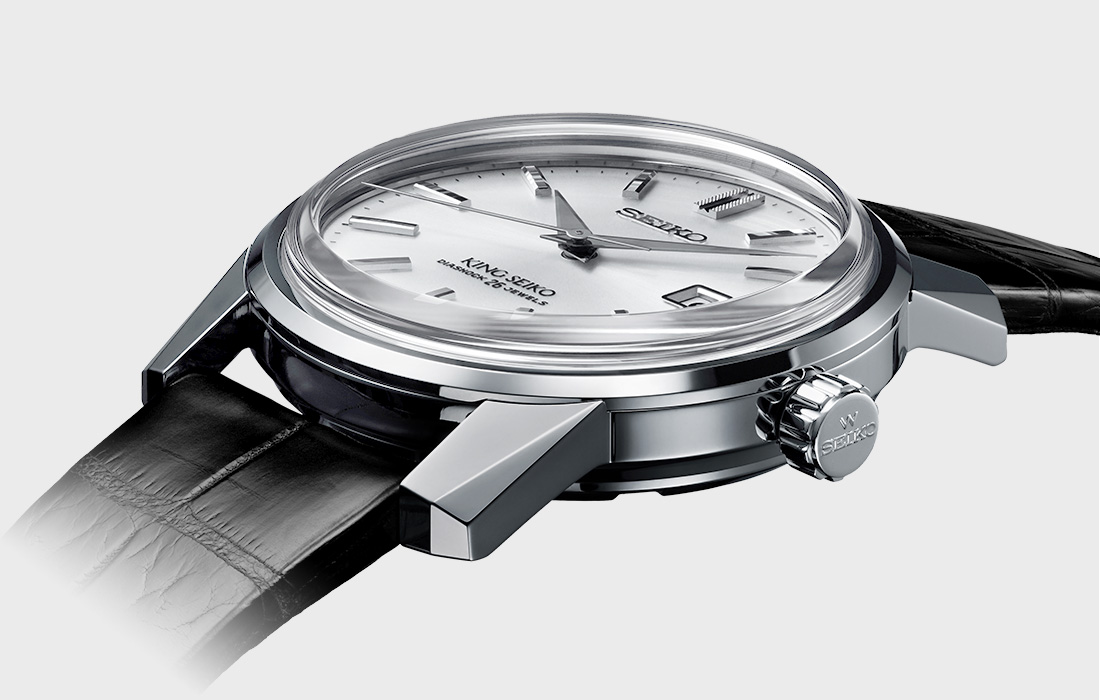 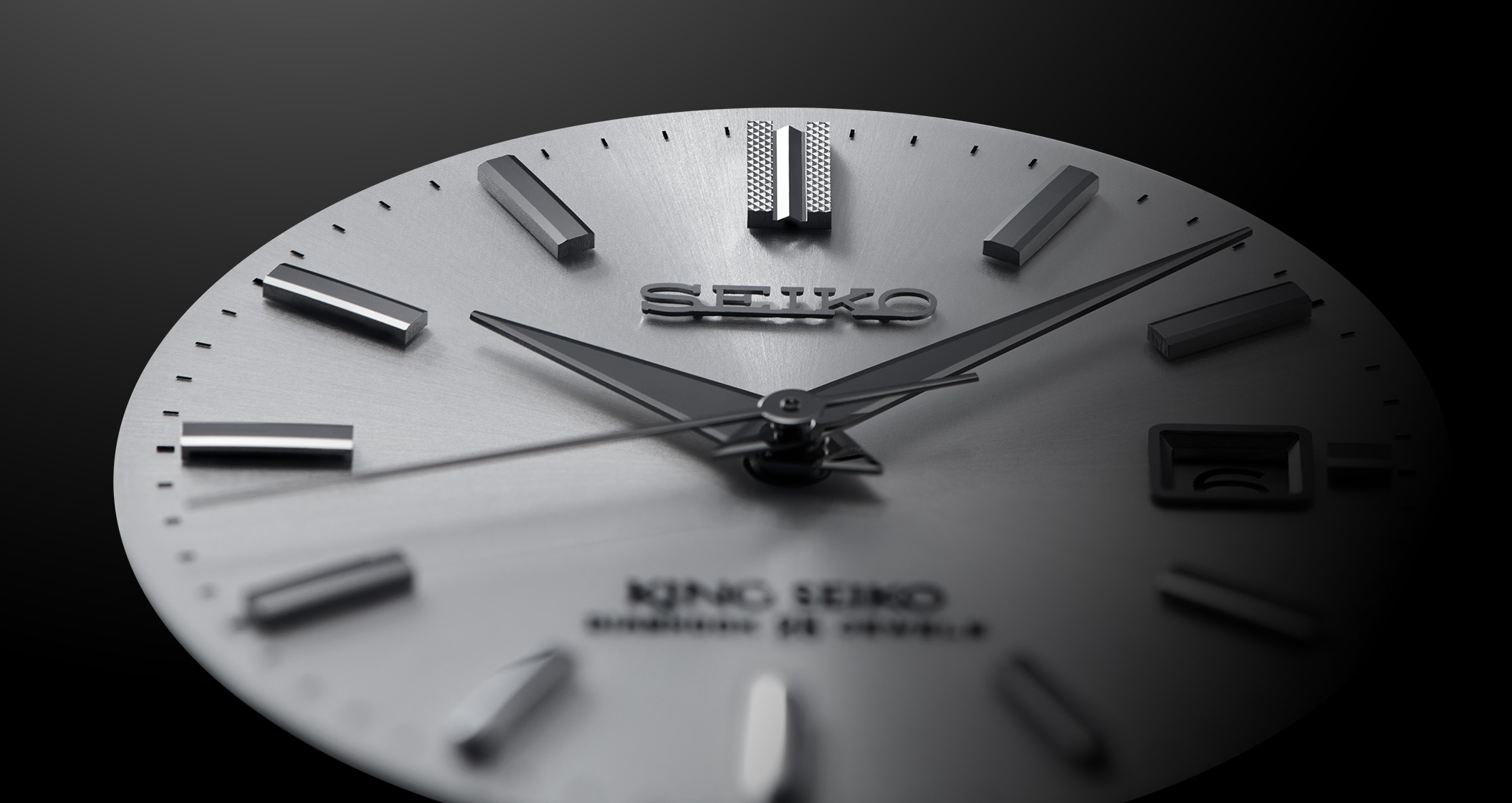 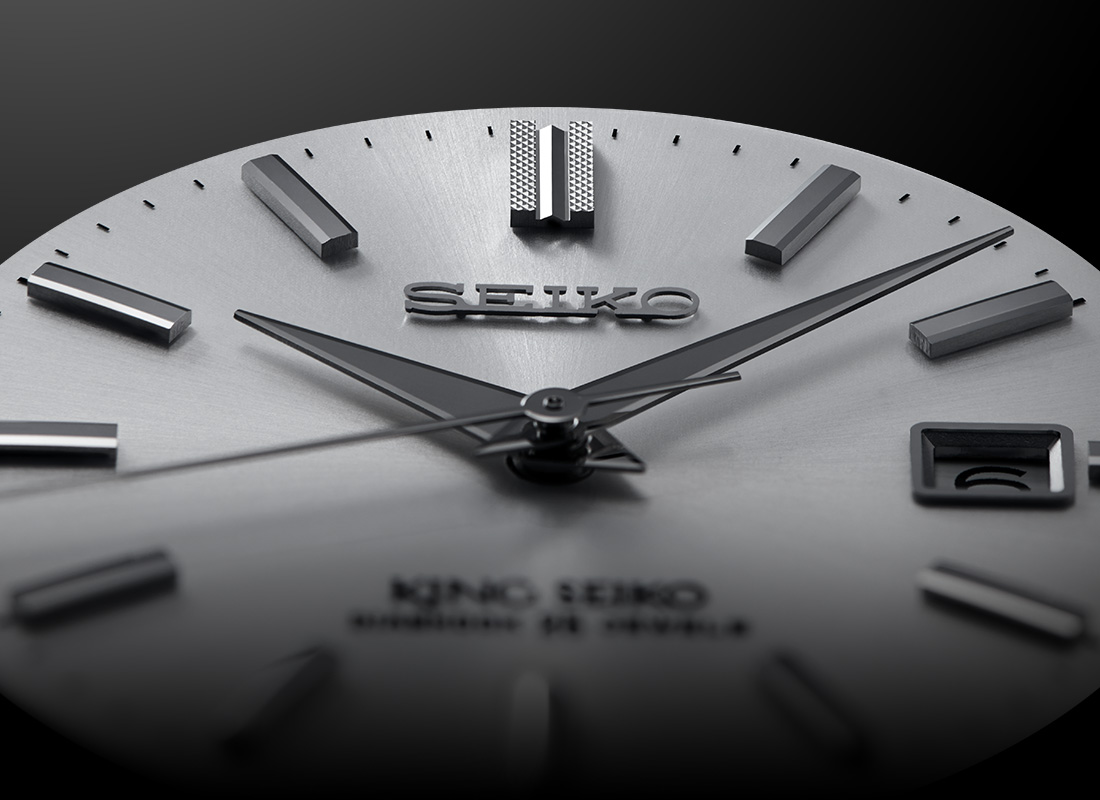 The new re-creation brings the 1965 KSK back to life in every detail. The combination of the flat dial with the faceted indexes and broad, sharp hands re-creates the refined elegance of the original.
The faceted and textured twelve o'clock index ensures high legibility. 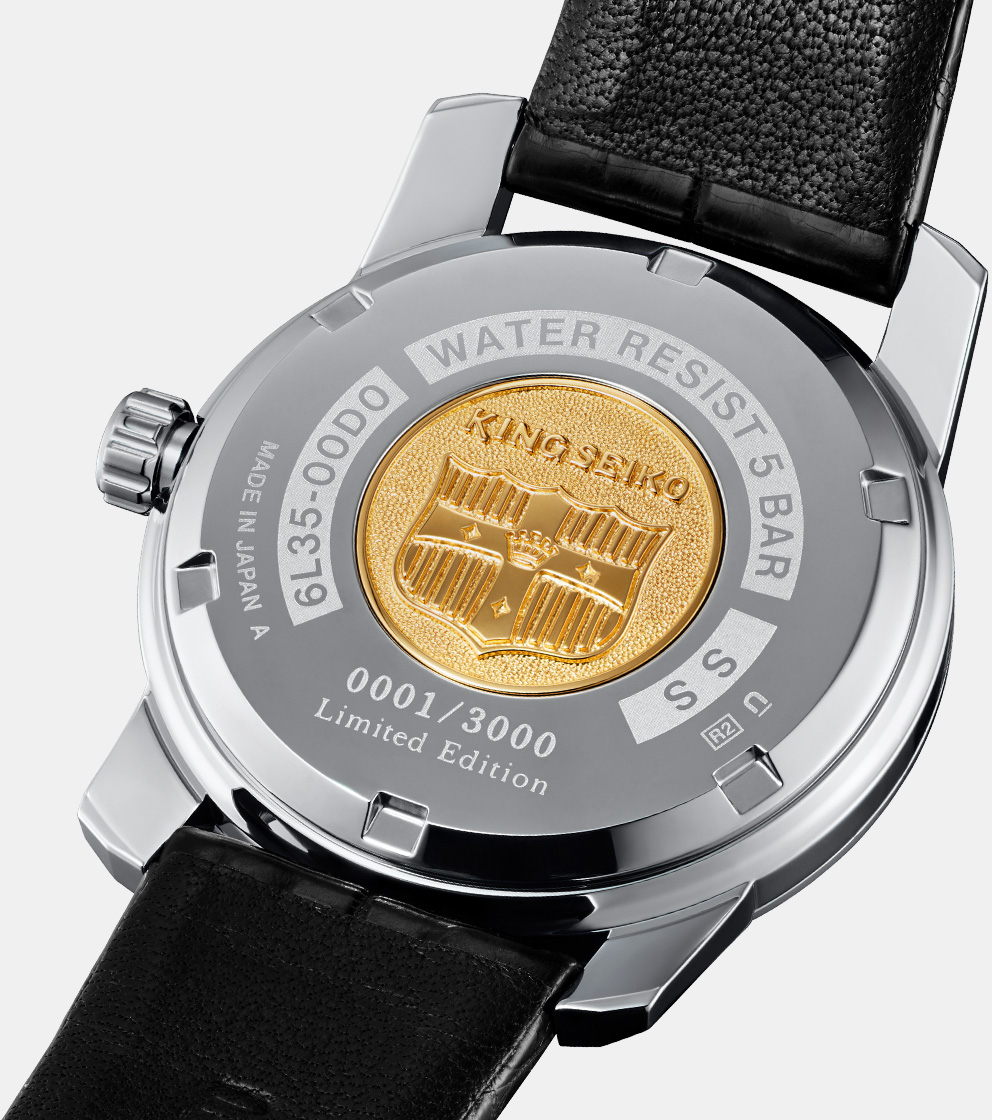 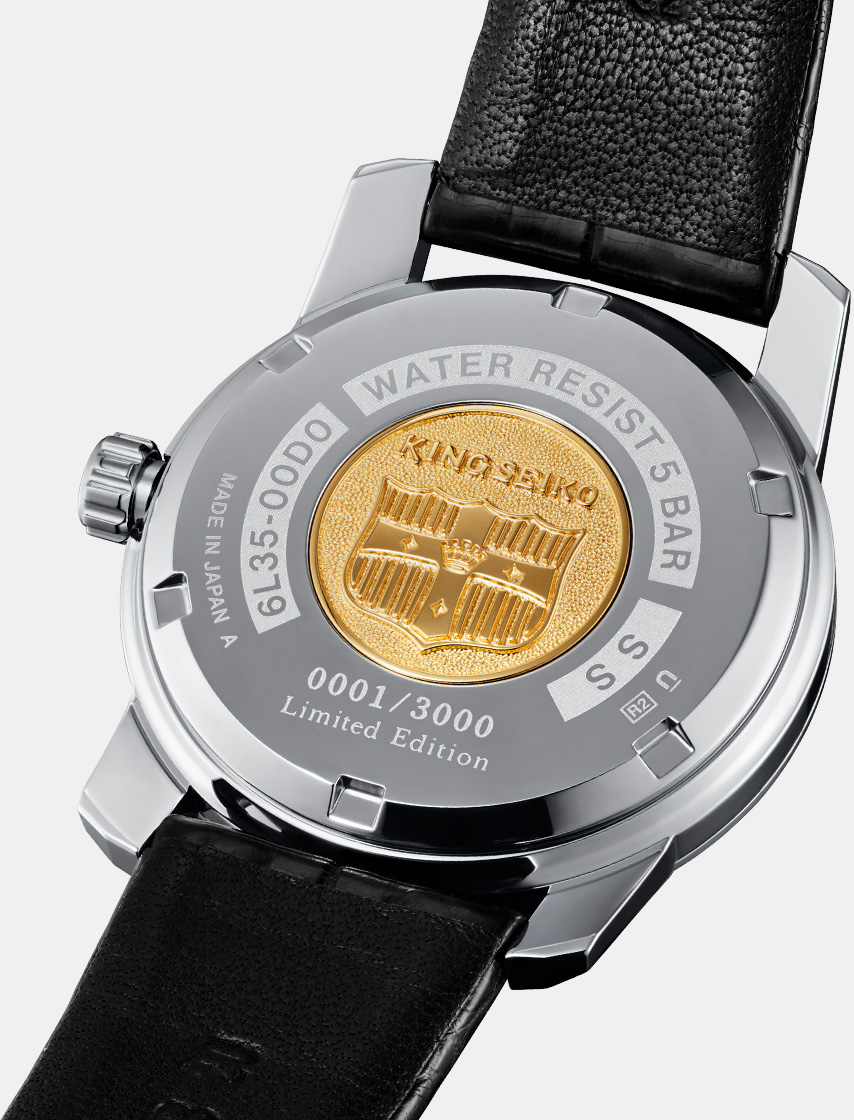 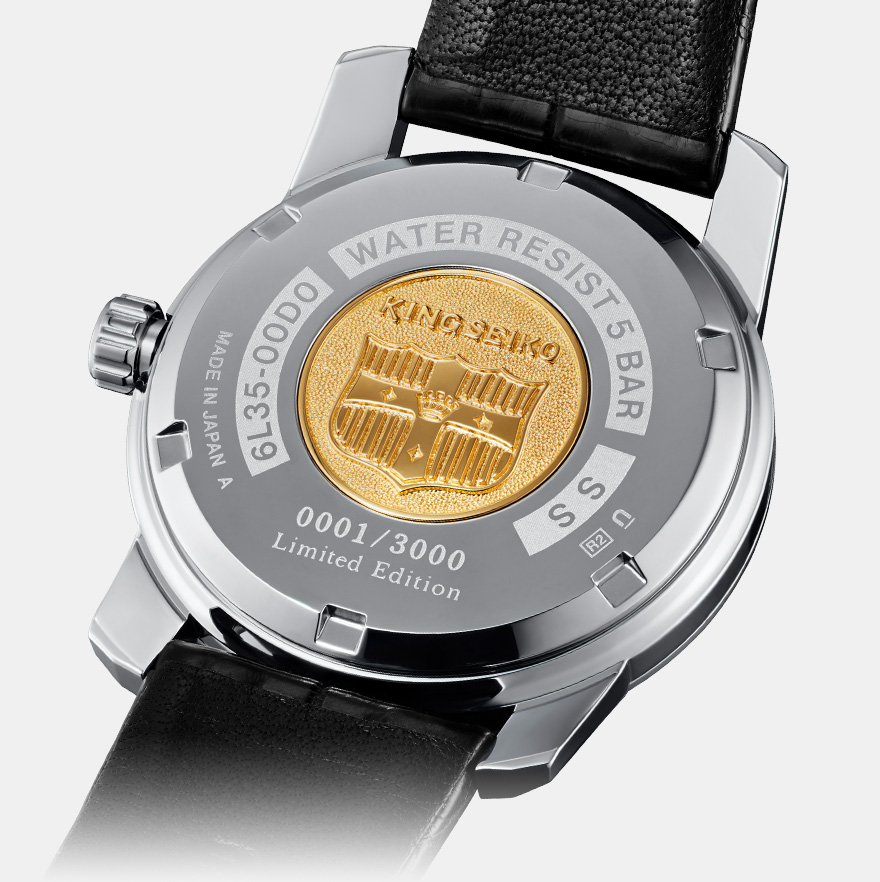 The case back bears the same emblem as the original. And as a proof of the limited edition, "Limited Edition" and the serial number are printed.

*In an actual product, the case back direction might be different from the photograph.

Even with an automatic movement and the addition of a date window, the new watch retains its slim profile and is just 0.5mm thicker than the original, thanks to the thinness of Caliber 6L35. The eight beat per second movement has 26 jewels and offers a power reserve of 45 hours.