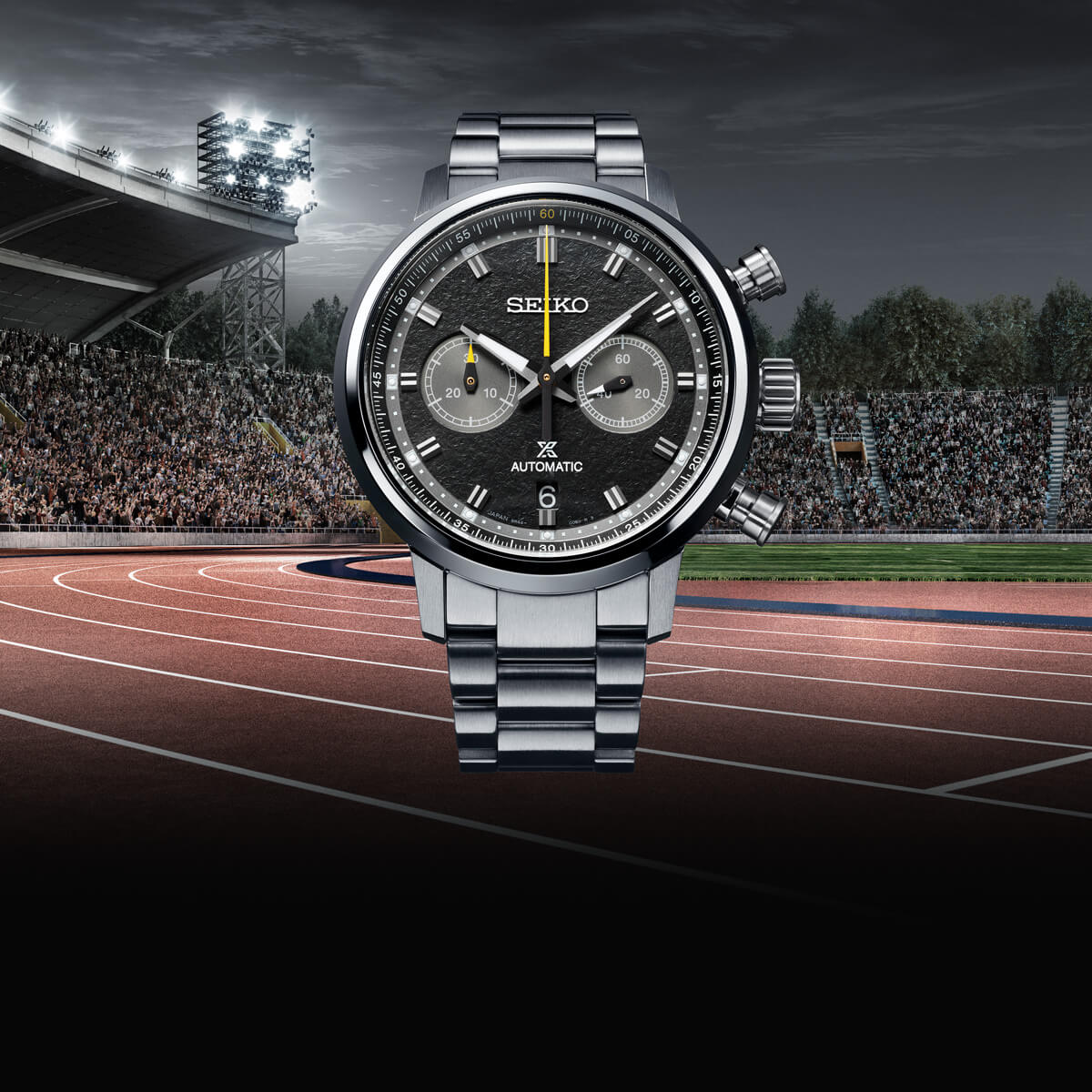 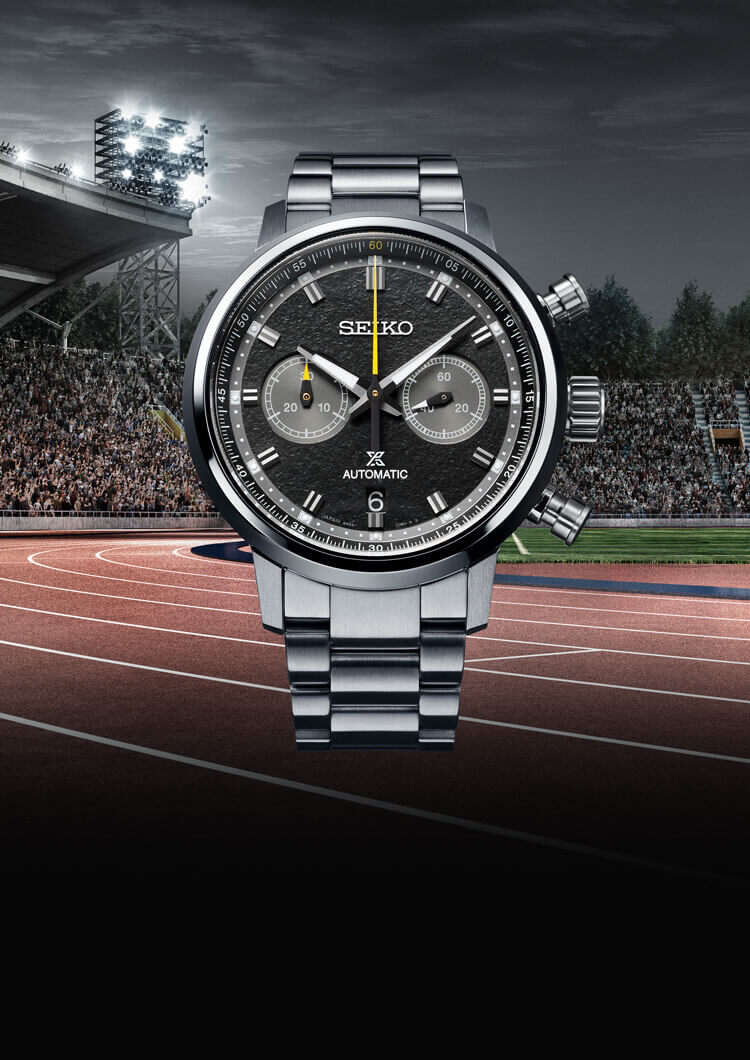 For an athlete, a mere 1/100th of a second can be a moment of joy or a moment of tears. For more than half a century, Seiko has been supporting athletes in their efforts to be the best with state-of-the-art timing devices.

Seiko's tradition as a pioneer in sports timing began in the 1960's, when the company introduced to the world's sporting stage a range of timing devices that set a new global standard of precision. This tradition in measuring elapsed time has continued. Since 1985, Seiko has been the timekeeper of choice of World Athletics and has marked many incredible moments at the championship games.
This year, Seiko will deliver its timing services to the World Athletics Championships Oregon22 which will take place in Eugene, Oregon, the spiritual home of the sport in the USA.

A new Prospex Speedtimer Limited Edition Chronograph will join in celebration of the event. The watch captures the heritage of both Seiko and this hallowed venue and honors the performances of the approximately 1,800 athletes who will take part in the championships. 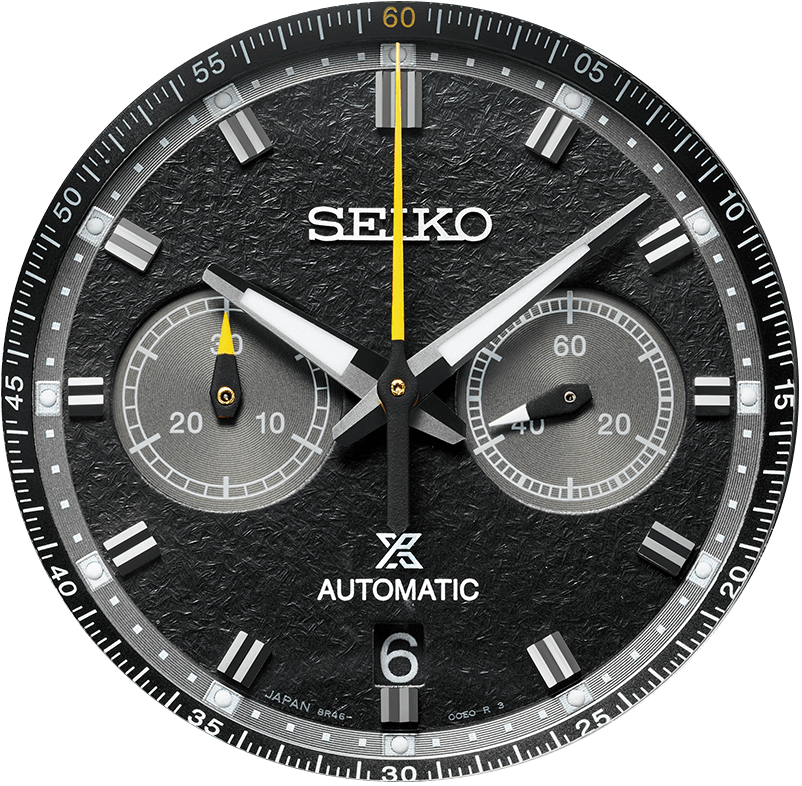 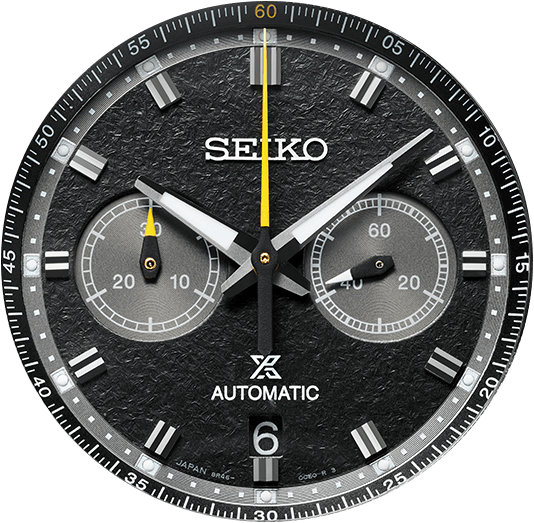 The sand patterned dial evokes the texture of the running track.

The chronograph second hand and the 30-minute counter at 9 o'clock are in yellow, the color of all Seiko's timing and measurement devices. 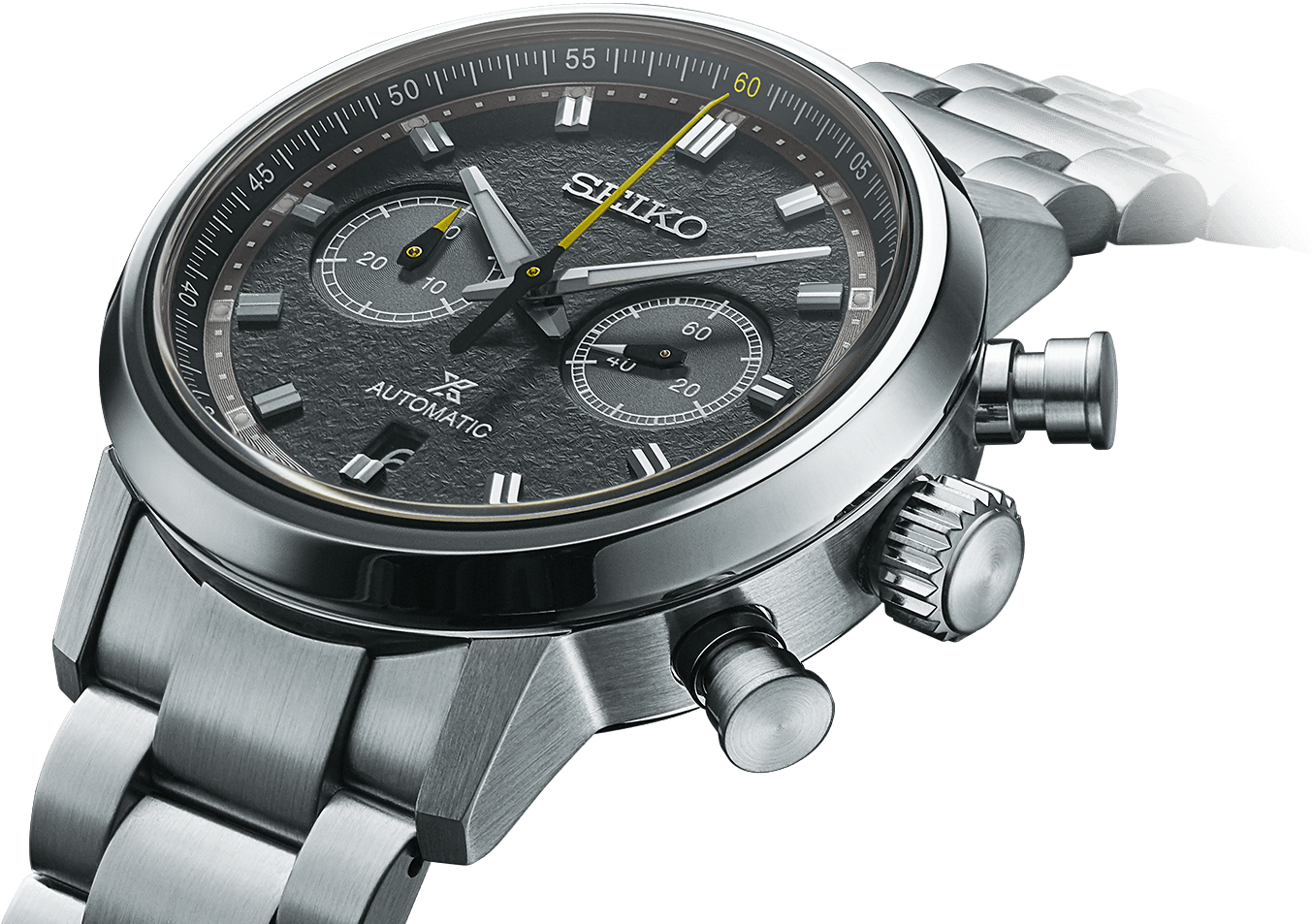 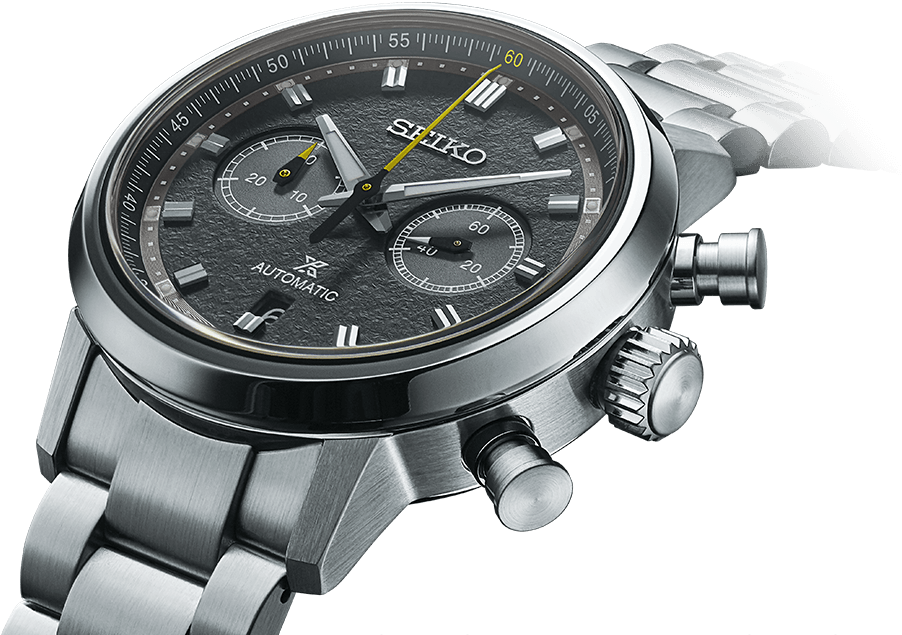 The construction of the chronograph pushers ensure the high level of operability crucial to a Prospex sports watch. 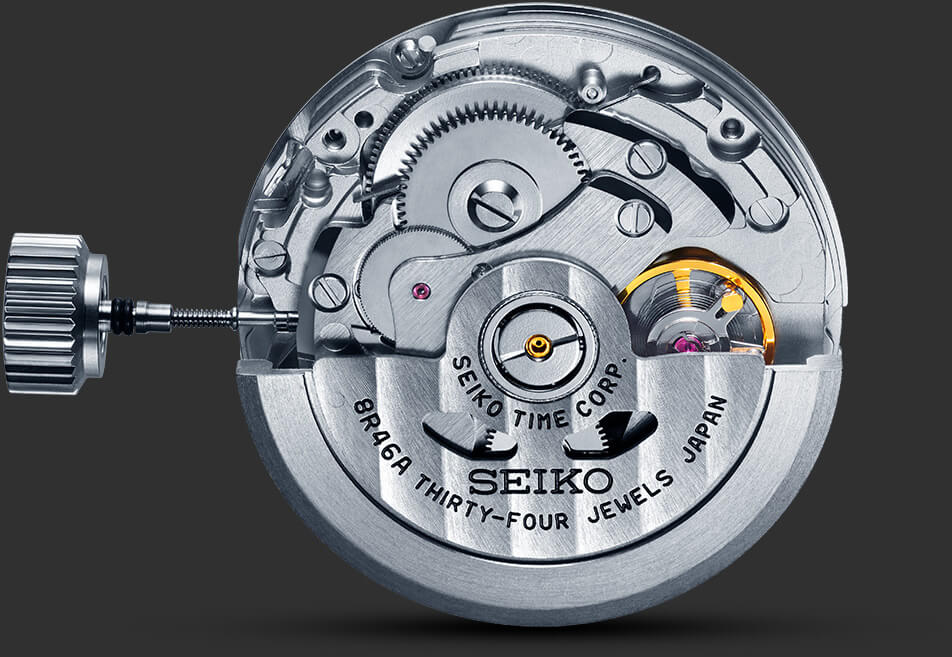 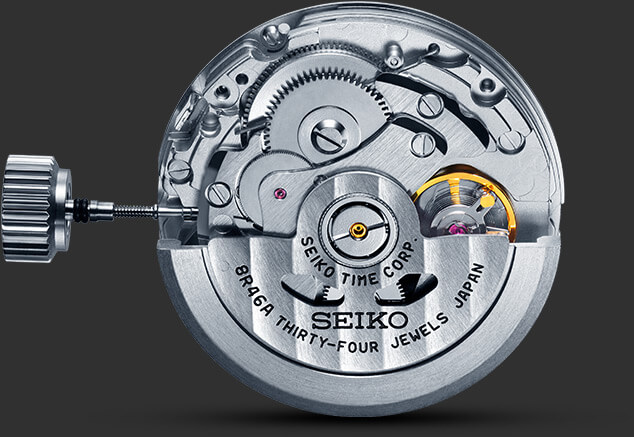 This watch is equipped with a new movement from Seiko's most advanced chronograph 8R series, Caliber 8R46. It shares the same performance attributes as Caliber 8R48 but incorporates two sub-dials instead of three and has a date window at the six o'clock position. The vertical clutch and column wheel ensure the precision and durability which are the hallmarks of the 8R Caliber series. The escapement is lightweight and strong, thanks to the use of MEMS technology which enhances the stability of the watch's precision. With the push of the reset button, the hands return back to zero instantly and in perfect synchronization. 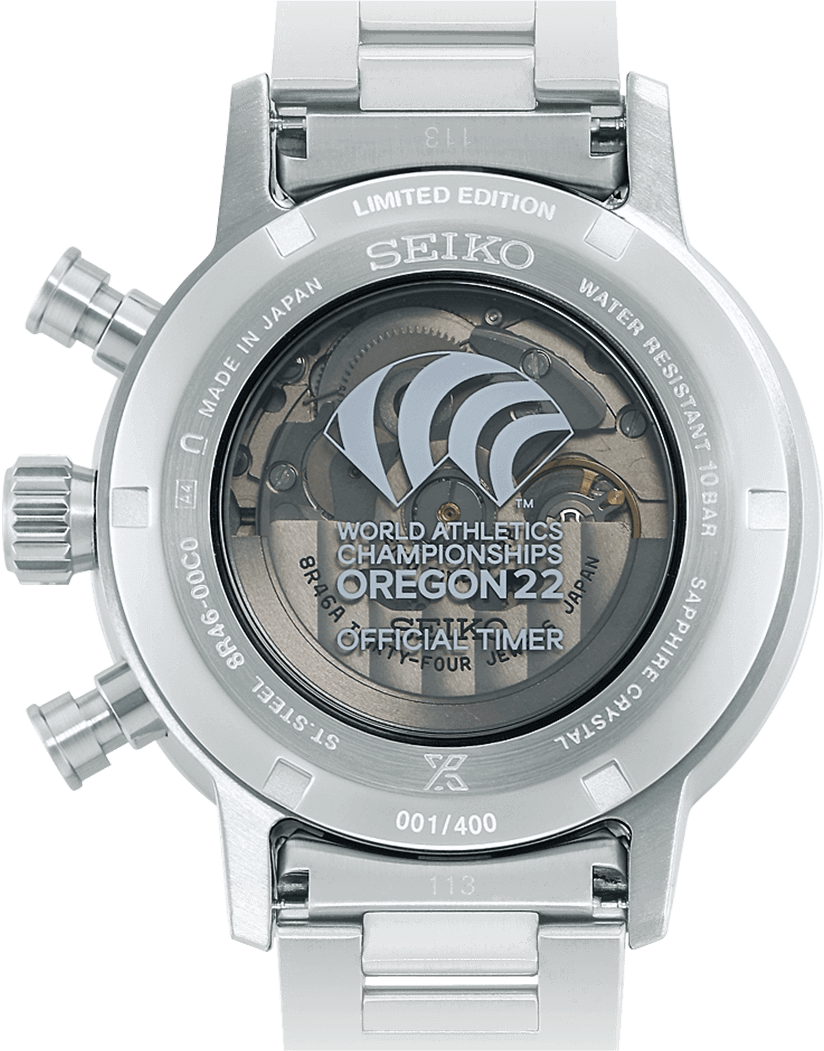 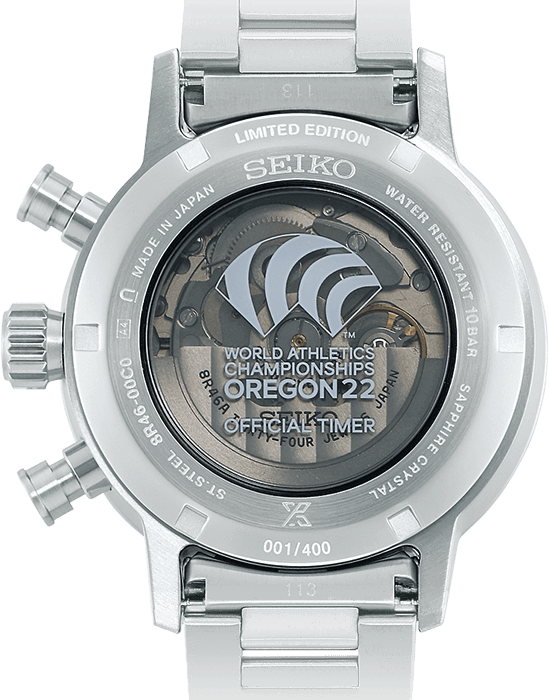 The event emblem is printed on the sapphire crystal case back. The watch is offered as a limited edition with the words "LIMITED EDITION" and the serial number 1/400 - 400/400 printed on the case back.

* In an actual product, the case back direction might be different from the image. 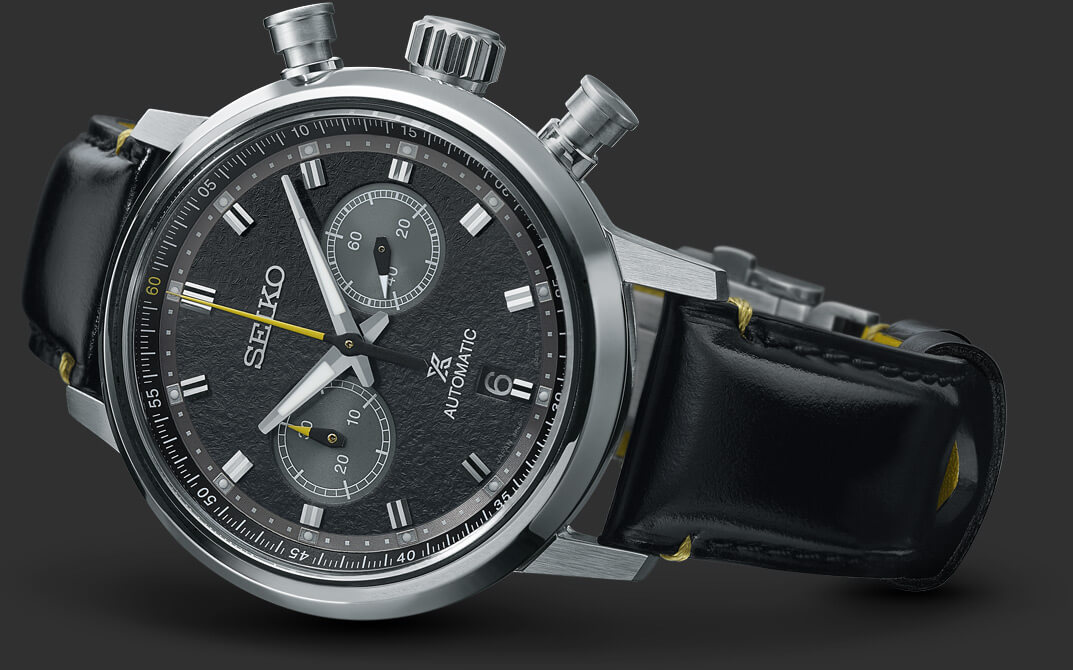 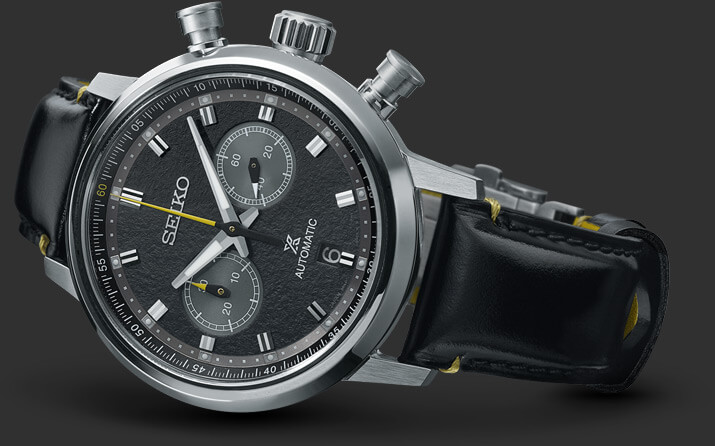 The bracelet can be replaced with the black leather strap that is also included and whose stitching is designed to increase the durability of the strap. In addition, yellow, the timekeeping color of Seiko Sports, is used for the one-point stitching on the back and front materials. 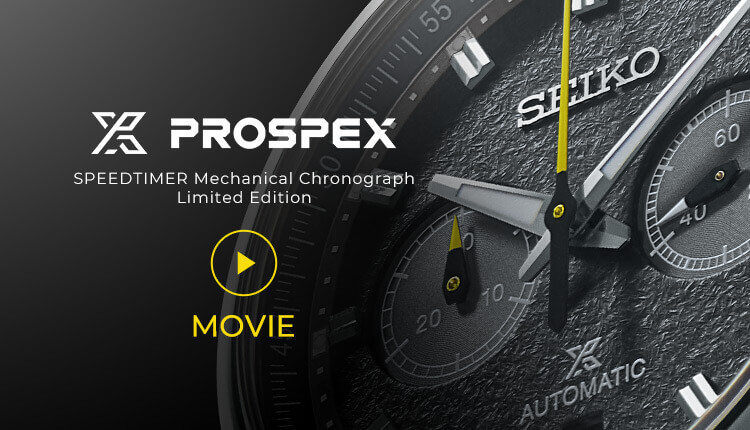 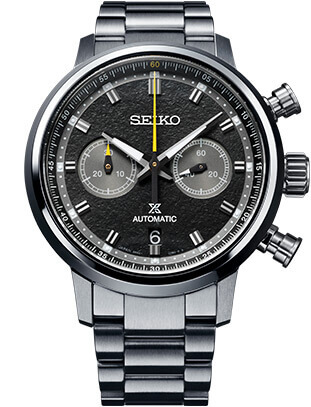 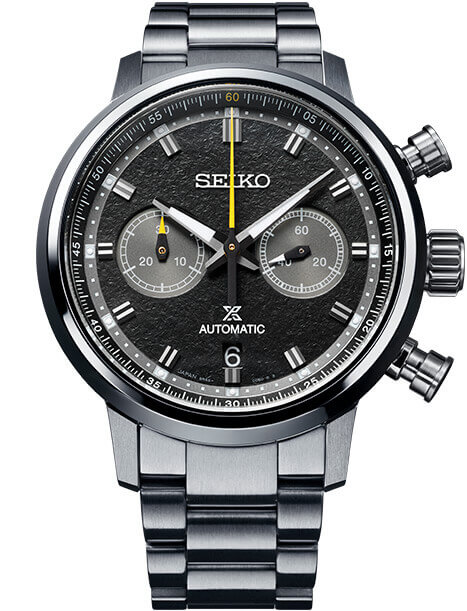 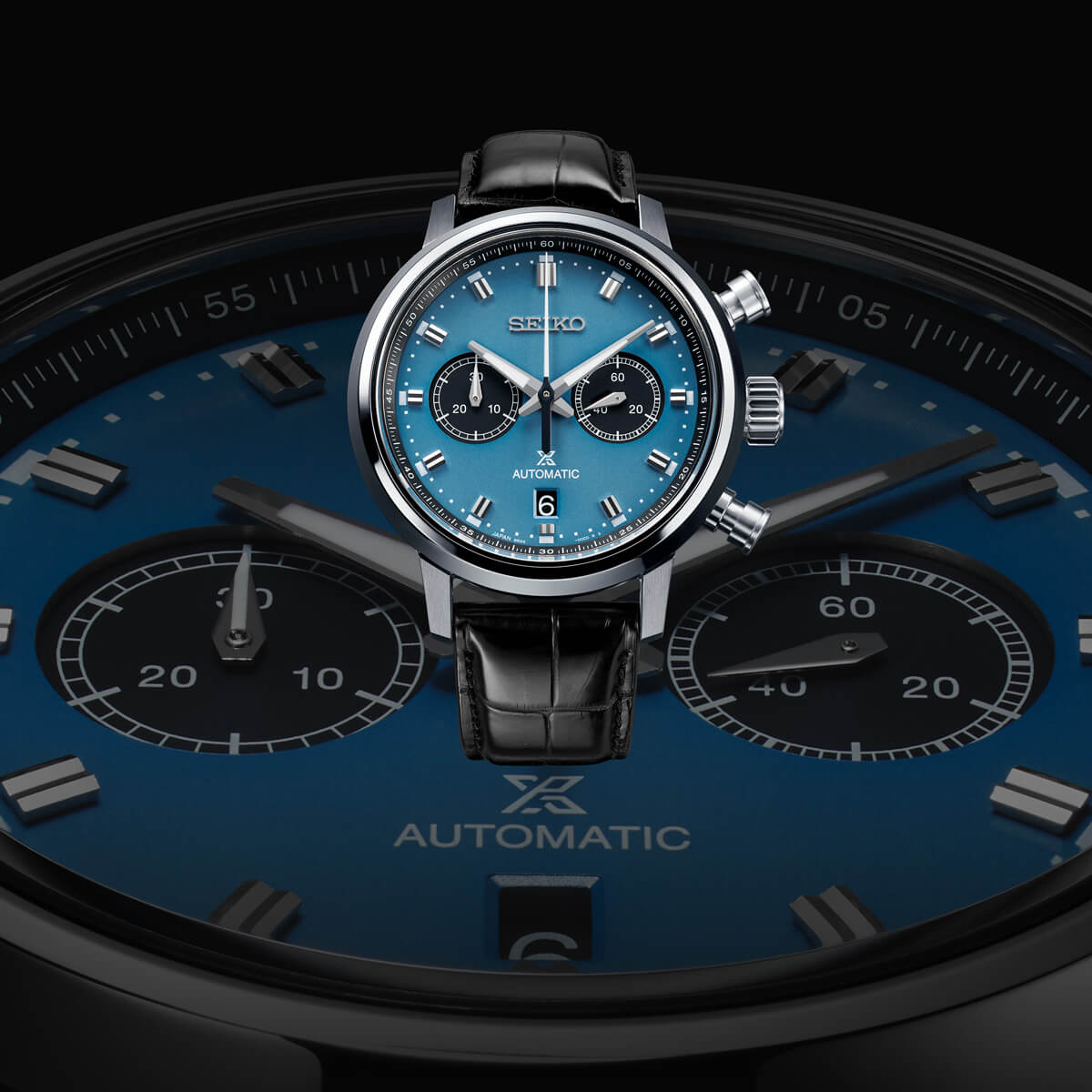 A creation with the same specifications and in a blue color joins the Speedtimer collection. 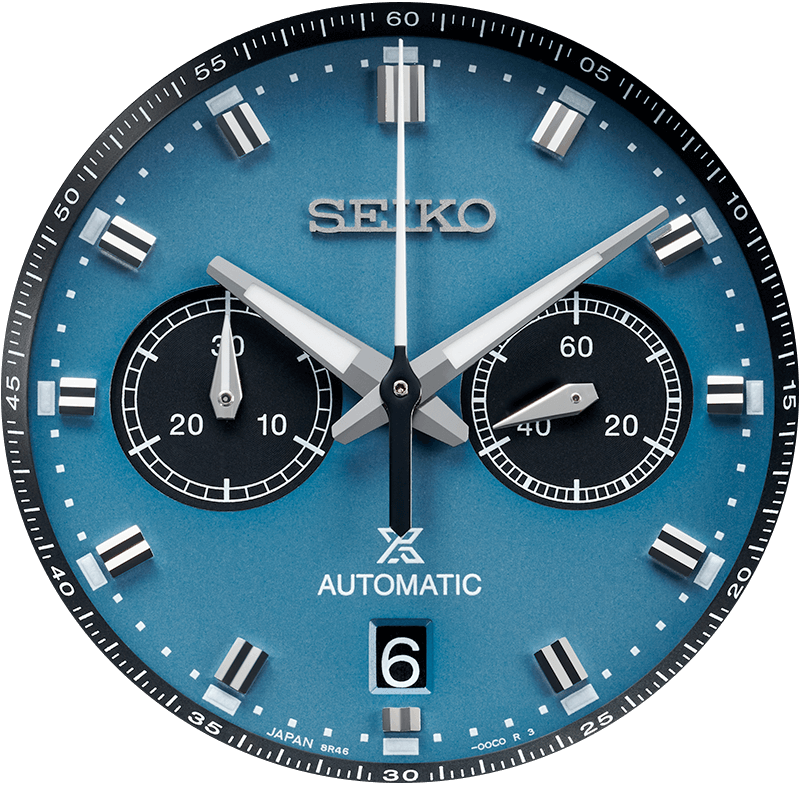 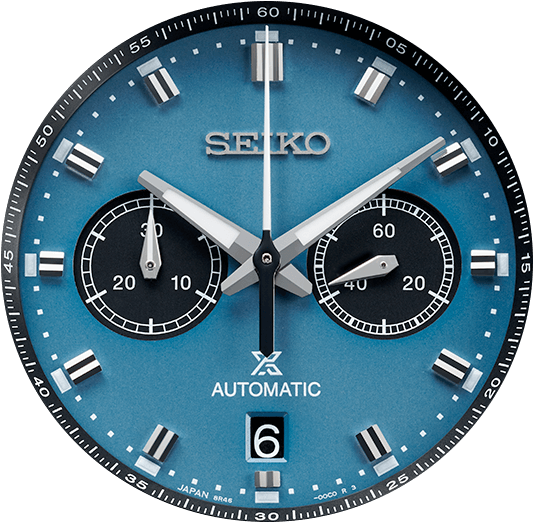 The dial's color is inspired by Seiko's timing and measurement devices used in 1964, when the company was the official timekeeper of the greatest international sporting event held in Tokyo that year. 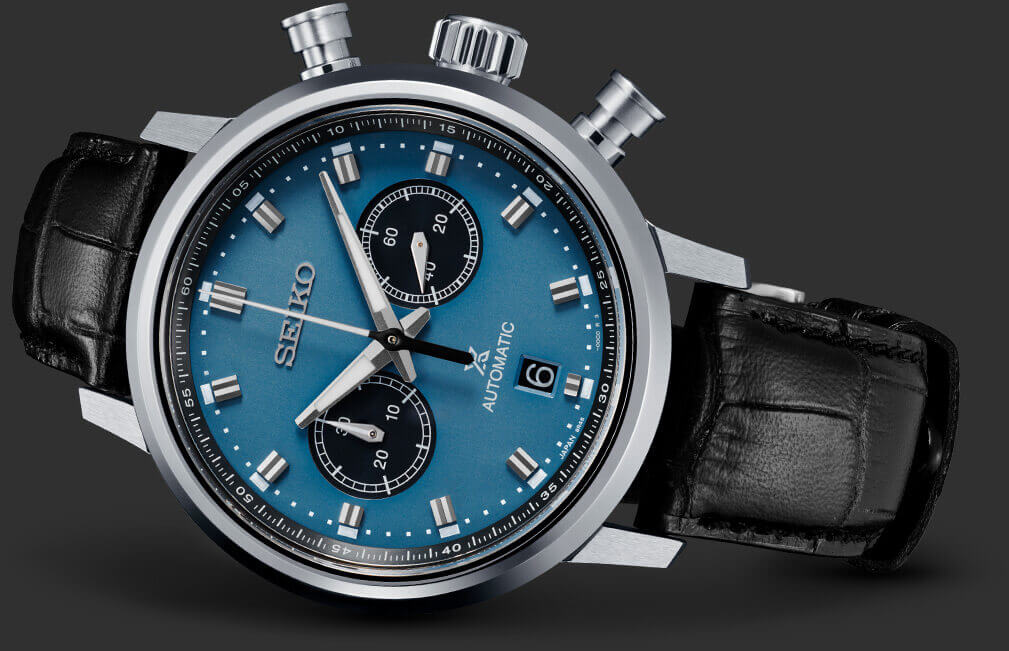 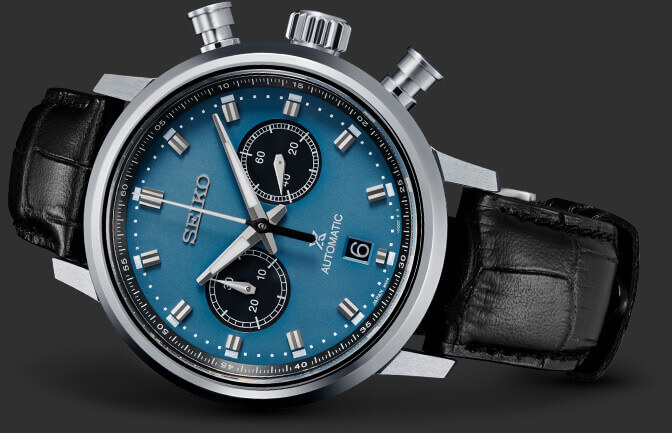 The watch is presented on a black crocodile strap with a matte finish. The stitching of the strap is designed to increase the durability. 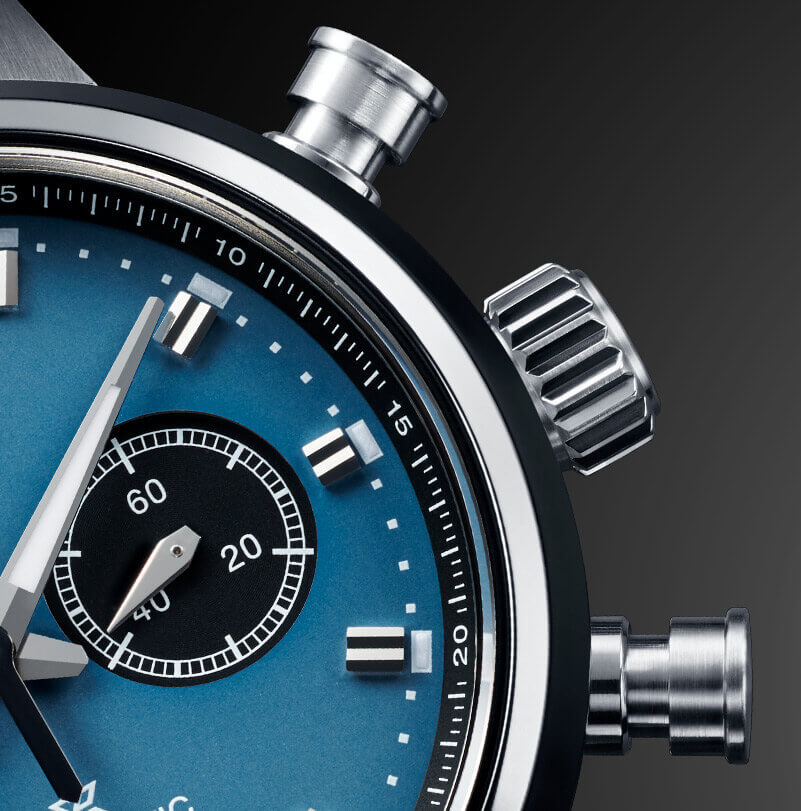 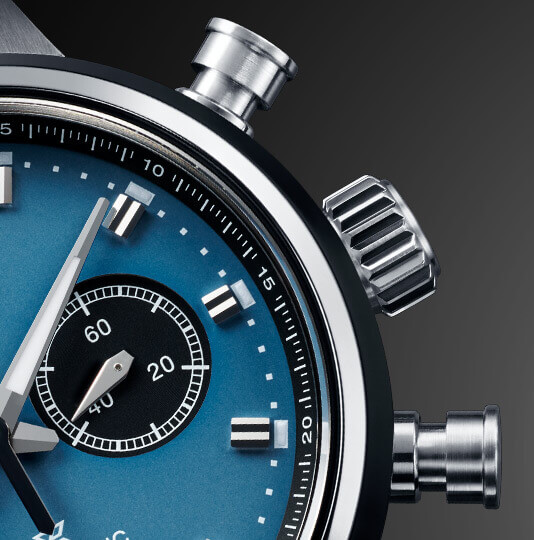 The large concave pushers ensure the high operability for which the original stopwatch was renowned. 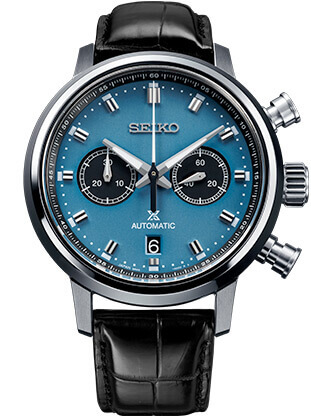 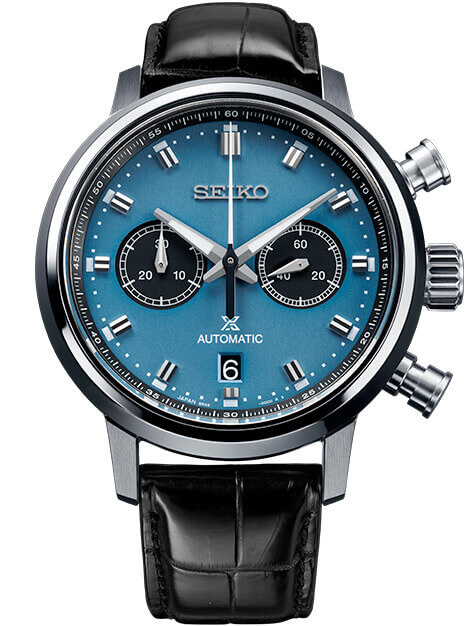